Everything But The Girl / Amplified Heart 25th anniversary vinyl LP 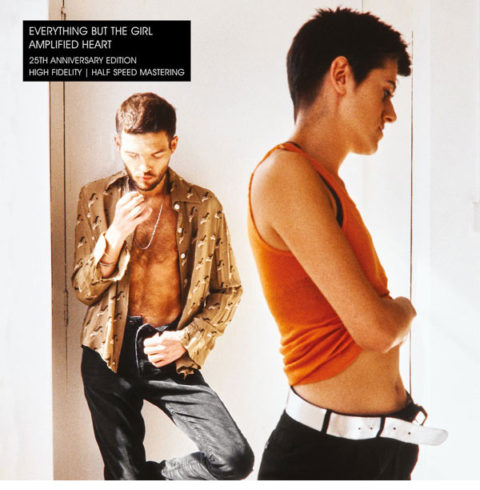 Everything But The Girl‘s 1994 album Amplified Heart is to be released on vinyl for the very first time for its 25th anniversary.

The duo’s seventh studio album features the original version of the single ‘Missing,’ a song that was catapulted into the mainstream (a transatlantic top 5 hit, no less) thanks to Todd Terry’s famous house remix.

The new vinyl edition has been mastered at half-speed mastering engineer Miles Showell, who is the half-speed specialist at Abbey Road Studios, having worked on albums by The Rolling Stones, The Beatles and The Police to name but a few. Half-speed mastering is designed to more faithfully reproduce the sound of original master tapes (read more, here).

Ben Watt and Tracey Thorn’s own label Buzzin’ Fly Records acquired the rights to the album from Warner Music in 2017, but Warner had lost or disposed of original photography meaning getting a sharp reproduction of the cover image was going to be a challenge. The solution was to source the image from the original photographer – not the exact frame, but a ‘near-identical’ one taken a fraction of a second later! The original back cover and photos in the CD booklet had similar ‘issues’ so a flexible approach has been adopted with Ben finding alternates where necessary.

As you will see from the track listing below, this new vinyl stays true to the original release and does not include the Todd Terry remix which was appended to later CD runs.