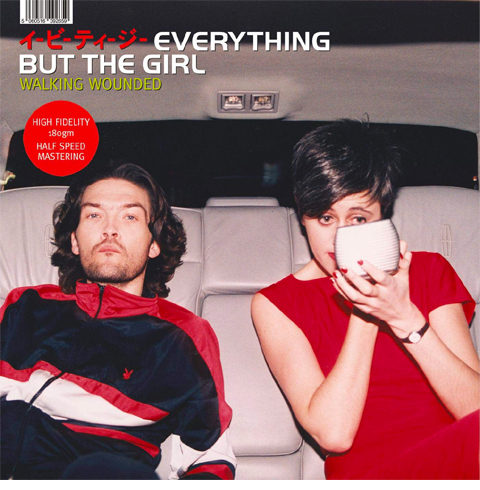 Good news boppers, it looks like the online petitions and general haranguing have paid off, for Everything But The Girl have finally confirmed the vinyl reissue of their 1996 long player Walking Wounded.

The album has been half-speed mastered at Abbey Road (by Miles Showell) and this single-disc reissue contains the album’s original nine tracks, rather than feature the extra mixes that became synonymous with the CD variant.

Seen as something of a career diversion at the time – although those following the full arc of EBTG’s career can connect the dots – Walking Wounded saw the duo venture into a host of drum and bass moods, following the commercial reawakening provided by the top three smash ‘Missing’, which had benefited from Todd Terry taking it down the rave-up.

Encouraged by heading out to London nightclubs that dealt in drum and bass, Ben started noticing a connection with the steely clattering sophistication and with textures that he and Tracey had explored before, claiming “It was like a futuristic Brazilian sound’, and was written in the aftermath of Watt’s near-death experience with a rare illness in 1992.

Calling on such names as Omni Trio, Howie B and Spring Heel Jack, the album became the duo’s biggest studio affair and offered a quartet of Top 40 smashes such as the title track, ‘Wrong’, ‘Before Today’ and ‘Single’ as a bonus.

Walking Wounded is released by Buzzin’ Fly/ Chrysalis on 8 November 2019.