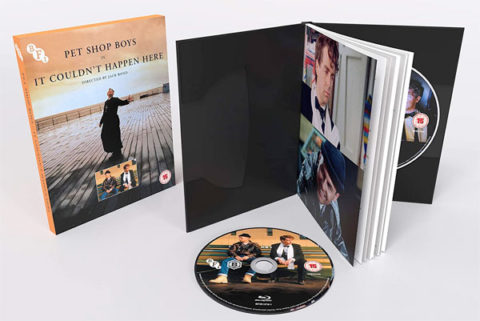 1988 film restored and reissued as a deluxe package

The new image above gives a good feel for the deluxe packaging of the reissue of the Pet Shop Boys 1988 film It Couldn’t Happen Here.

The feature has been newly restored from a 4K scan and the new limited edition set includes a blu-ray and a DVD (in high and standard definition, respectively) of the Jack Bond-directed film and comes as a ‘digi-book’ package which looks like it slots into an outer slipcase.

Sadly, we are not getting the hoped for Tennant/Lowe audio commentary, but we do now know exactly what the extras are in this package are, and they are as follows: 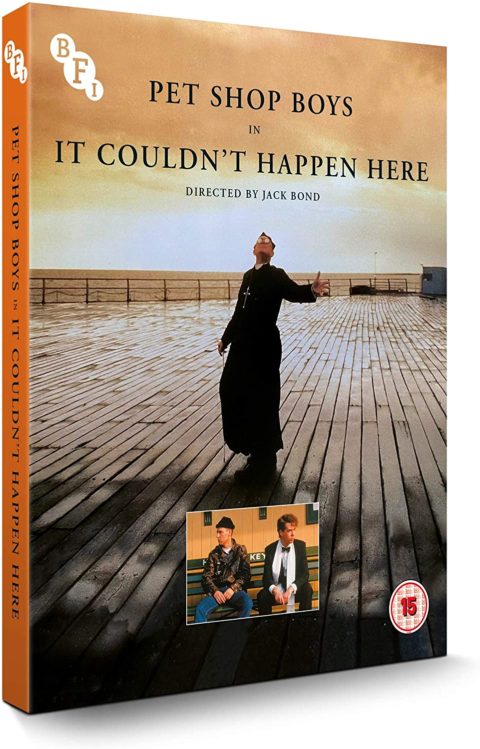