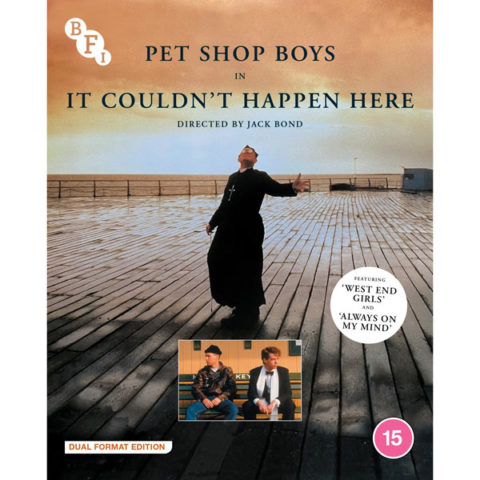 A week after release, the limited edition blu-ray+DVD of Jack Bond’s 1988 Pet Shop Boys film It Couldn’t Happen Here has completely sold out. Thankfully, another version is coming, albeit a ‘standard’ edition sans deluxe packaging.

The first edition was very well presented and came as a 44-page hardcover interview-filled book with outer slipcase. Blu-ray and DVD discs slotted into inside front and rear covers respectively.

The new edition comes in standard plastic case packaging and still features both blu-ray and DVD, but doesn’t include the book. The disc extras (commentary, interviews etc.) are intact.

This retails for a few pounds less than the limited version and will be released on 20 July 2020. The DVD remains region 2, with the blu-ray region B.

Read the SDE review of the film

26 responses to First edition of Pet Shop Boys blu-ray sold out, but standard set on the way