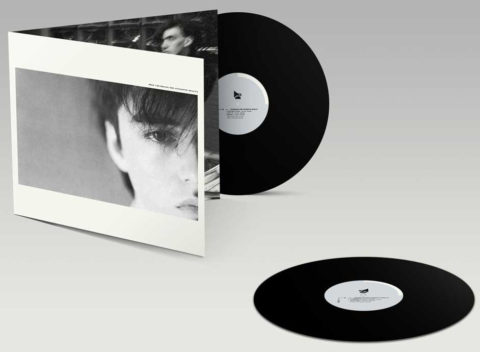 February sees the reboot of the first five albums by Felt, one of Britain’s best post-punk bands, via the Cherry Red label. Boasting the splendid names Crumbling The Antiseptic Beauty, The Splendour Of Fear, The Strange Idols Pattern And Other Short Stories, Ignite The Seven Cannons and The Seventeenth Century, each album is available either on 12-inch vinyl or as a CD plus seven-inch single boxset.

Felt truly were an Eighties band. Birmingham-born Lawrence (who does actually have a surname – Hayward – in real life) actually released a solo record under that name in 1979, but the band was formed the following year when schoolfriend Nick Gilbert and local guitarist Maurice Deebank – who became Lawrence’s co-writer – came on board. (Gilbert switched from drums to bass when Tony Race joined as a drummer, but Race was soon replaced by Gary Ainge, who proved to be the only other ever-present in the band aside from Lawrence.) Lawrence set out with the goal of recording ten albums and ten singles in ten years, and with that target achieved by 1989, Felt was duly dissolved.

Always doing their own thing regardless of contemporary trends, Felt never enjoyed mainstream commercial success, but their music has influenced the likes of Belle and Sebastian, Tim Burgess, Manic Street Preachers and The Clientele.

Signed up to Cherry Red, the young Lawrence had grand hopes of making the best debut album ever by an English band. Crumbling The Antiseptic Beauty, recorded and mixed in six days and released in 1982, never gained such acclaim, but it included fine tracks such as Cathedral.

The follow-up, 1984’s The Splendour Of Fear, featured cover art taken from the poster of the 1966 film Chelsea Girls, and The Optimist And The Poet was one of four instrumentals on the six-track album. 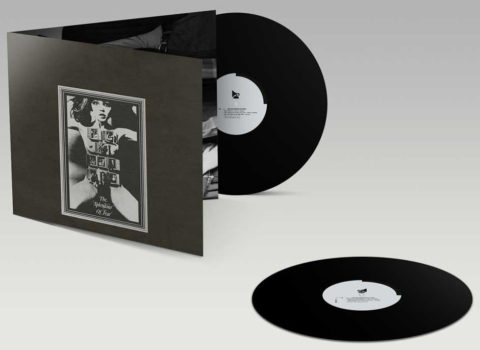 Another instrumental Crucifix Heaven has been omitted from previous reissues of The Strange Idols Pattern And Other Short Stories (originally issued in 1984), but has been recalled for the February 2018 release.

Felt’s fourth album Ignite The Seven Cannons (1985) was notable for their collaboration with Robin Guthrie and Elizabeth Fraser of the Cocteau Twins. Guthrie produced the record and Fraser’s extraordinary voice provides backing vocals on Primitive Painters, which was released as a single and topped the UK indie charts.

Lawrence wasn’t happy with the overall sound of the album though, and for the purposes of this reissue, John A. Rivers was given access to the original master tapes and he remixed six songs, while side two of the record has been ‘focused, edited’ and ‘made symmetrical’ with the culling of Serpent Shade from the original tracklist.

Felt’s fifth album – and first for Creation Records – Let The Snakes Crinkle Their Heads To Death consisted of short instrumentals and clocks in at less than 19 minutes in total. For this reissue, Lawrence has decided to revert to the original intended name for the 1986 album, The Seventeenth Century, reasoning that “if Kraftwerk can and Bowie can, I can too!”

These five albums have been unavailable for many years on vinyl. All revisited and remastered by Kevin Metcalfe and Lawrence, the reissued 12-inch vinyl editions of each record is presented in a deluxe gatefold sleeve.

The CD boxsets each come in a bespoke seven-inch box, with the original album in a special gatefold sleeve, plus a long-since-deleted seven-inch vinyl single pertaining to the relevant year of release, reproduction gig flyers, a double sided wall poster, and four button lapel badges.

Crumbling The Antiseptic Beauty, The Splendour Of Fear, The Strange Idols Pattern And Other Short Stories, Ignite The Seven Cannons and The Seventeenth Century will be released on 23 February 2018.

The Splendour of Fear -CD+seven-inch in box

the seventeenth century -CD+seven-inch in box

The Splendour Of Fear

Trails Of Colour Dissolve / My Face Is On Fire

The Strange Idols Pattern And Other Short Stories

Mexican Bandits / The World Is As Soft As Lace