January 4, 2014 by Paul Sinclairtags: The Beatles 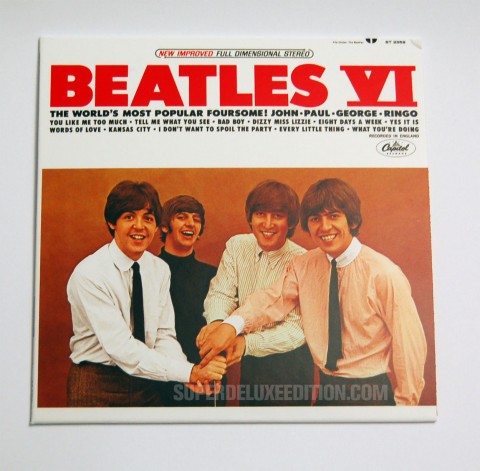 Beatles VI / 2014 CD reissue from the US Albums box

Following on from our exclusive photos of The Beatles US Albums box set, we are working our way through the individual albums to show you exclusive pictures of the real packaging. Today here is Beatles VI.

Beatles VI was released in June 1965 and consisted of six tracks from the UK’s Beatles For Sale, as well as Bad Boy and Dizzy Miss Lizzy, both of which were recorded specifically for the American market. The later would end up on the UK version of Help! (not issued until August 1965), as would You Like Me Too Much and Tell Me What You See, both included here. Ticket To Ride had already been a transatlantic number one at this point, but that song was being saved for the next record (Help!). Only its mellow B-side, Yes It Is, was included on Beatles VI.

The Beatles VI reissue contains full mono and stereo versions of the original record. It is available separately or as part of the US Albums box set. 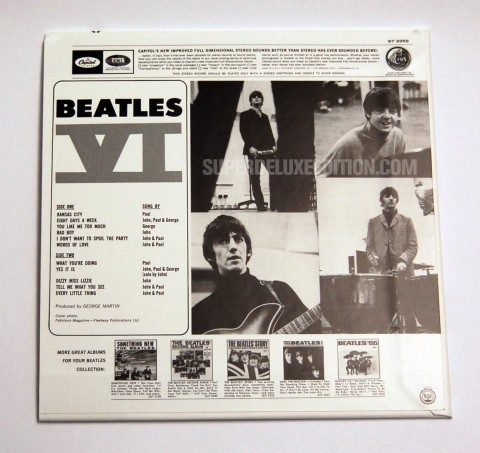 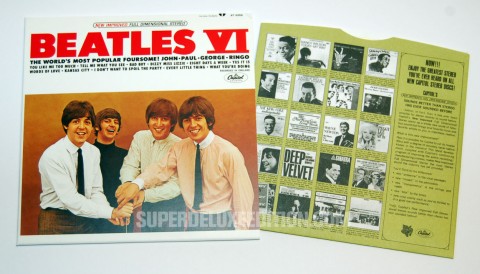 2 responses to FIRST PICTURES / The Beatles / The US Albums box set: Beatles VI