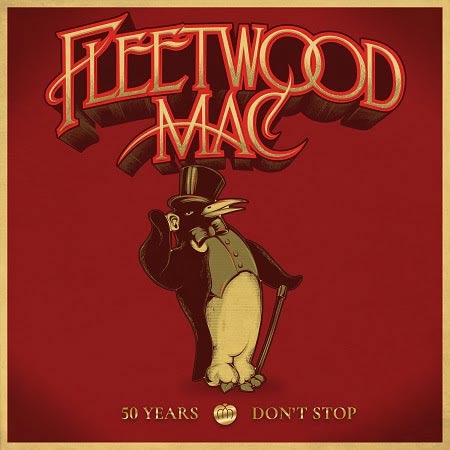 You can’t move for 50th anniversaries right now and so Fleetwood Mac will celebrate a half century of music in November with 50 Years: Don’t Stop a 50-song collection that explores the group’s entire career, from its early days playing the blues, to the superstardom and rock/pop of the late 1970s, 1980s and beyond.

The CD edition is a three-CD package, while to fit everything on vinyl means that is a five-record set. There’s 20-track single CD version that ends up being more of a traditional ‘greatest hits’. David Wild has written sleeve notes for this new release.