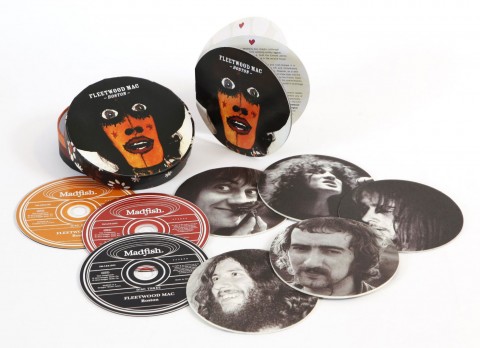 It seems that Snapper Music’s round packaging for their three-CD Fleetwood Mac Boston set has not been universally popular with fans, some of whom have struggled to get the discs in and out of the box, aside from the issues of storing something that rolls, on a shelf.

The good news for FM fans is that Snapper will be putting out a version in more traditional clamshell box on 7 April 2014. More details on the original Boston release can be found here. We’ll let you know when the new version is available for pre-order.