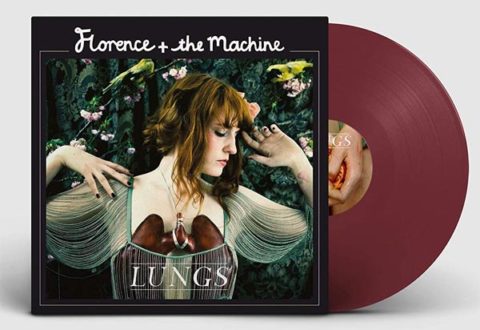 Florence + The Machine‘s 2009 debut Lungs is being reissued for its 10th anniversary as a limited edition coloured vinyl edition.

The album delivered three UK top 30 hits, including ‘Dog Days Are Over’ and Candi Staton cover ‘You Got The Love’. It would go on to be shortlisted for that year’s Mercury Music Prize and won British Album of the Year at the Brit Awards in 2010.

This new edition is pressed on burgundy-coloured 180g vinyl complete and comes with a download code. There’s also a £70 double vinyl box set, but that’s only available from the official store.