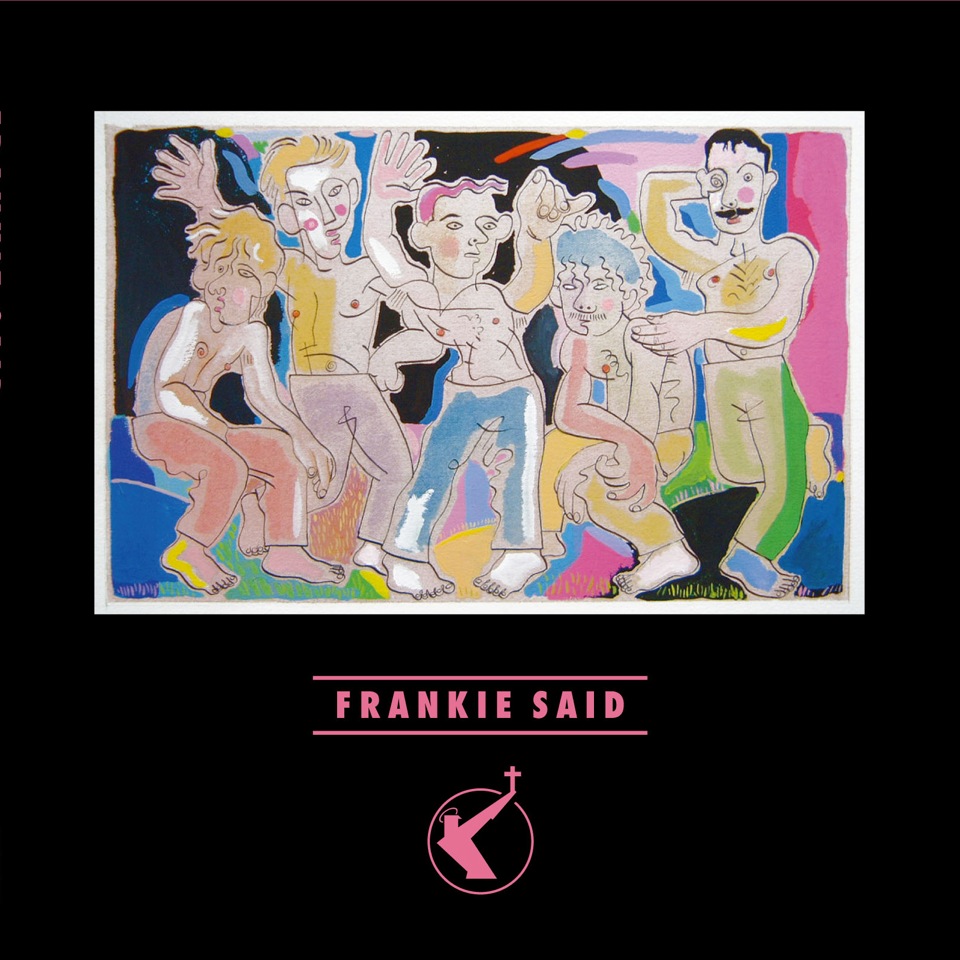 The Frankie Goes to Hollywood compilation Frankie Said was released at the beginning of last week, and is a successful fusion of punter pleasing hits and fanboy rarities. The competitively priced ‘best of’ benefits from its simplicity – all the big singles, along with a few choice album cuts and a couple of the best selling twelve inch singles of all time. Sorted.

However, news reaches us that ZTT Japan have upped the ante and created their own special version of Frankie Said that takes the lean, naturally aspirated European edition of the compilation, and adds a supercharger to the front of it.

The most obvious difference is that Frankie Said (Japan Edition) is two CDs rather than one. Before you get too excited, what we are not being offered an extra CD of previously unreleased rarities, but rather choice bonus cuts from the various deluxe reissues and compilations delivered by Salvo/ZTT over the last two years.

So The Ballad Of 32 (mix 2) is ported from disc 2 of the Pleasuredome deluxe set, to feature on the first disc of Frankie Said (Japan Edition). Similarly, For Heaven’s Sake (Wisseloord session, March 1986) makes a guest appearance on this new release from disc 2 (aka “The Liverpool Journey”) of the expanded reissue of Frankie’s second album.

These deluxe sets were never released outside Europe, which explains the reasoning behind the inclusion of some of this previously released material.

Disc two of this set cherry picks some of the best Frankie material from both the Art of the 12-inch compilations and also includes remixes from the recent Sex Mix release.

It would be a sorry state of affairs if this Japanese release didn’t have anything exclusive, and thankfully that is not the case. Watching The Wildlife (Movement 2) is due on next year’s Art Of The 12-inch Volume 3, but debuts on CD here. This release can also boast the first appearance on CD of Every Kinda People – previously only available with the download version of 2009’s Frankie Say Greatest.

Finally, the stereo masters for the Welcome To The Pleasuredome cassette single have been located (mono was used in error on Sex Mix) so tracks 3,4,5 and 6 from CD 2 of Frankie Said (Japan Edition) are in full stereo. It should be noted that ZTT will shortly announce physical and digital replacements of these tracks to purchasers of Sex Mix so importing this compilation is not required to get hold of them.

We all know the Japanese do exquisite packaging (see The Beatles Mono Box) and it is pleasing to note that unlike the relatively spartan European jewel case version, Frankie Said (Japan Edition) will come as a ‘paper sleeve’ gatefold edition, and as you will have seen above, features unique artwork. It is also a limited edition.

Frankie Said (Japan Edition) is out on 5 December 2012 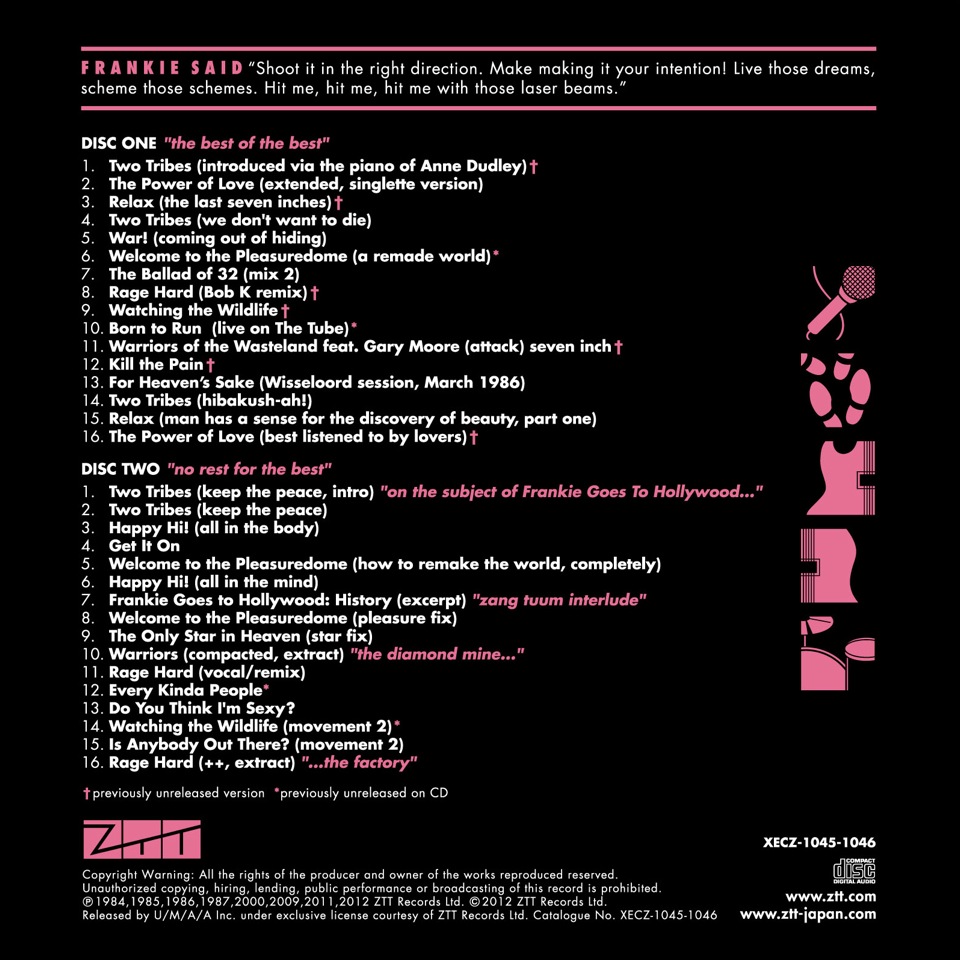 DISC ONE “the best of the best”

DISC TWO “no rest for the best”