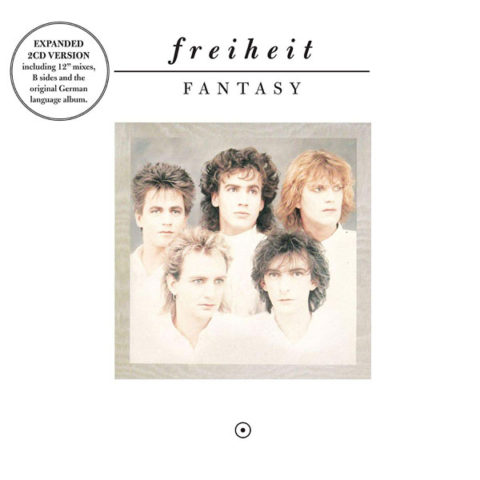 It was the band’s fifth studio album but only their second recorded in English (in German it was called Fantasie). The reason Christmas feels like a good time to mention this is because it was 30 years ago almost exactly that Freiheit (as they were also known) released the spectacularly McCartney-esque single ‘Keeping The Dream Alive’, which deserved to be a much bigger hit than its number 14 peak in December 1988.

I bought the CD single at the time, which contained the extended version of the song, the single version and album track The Land of Fantasy. I must admit I never got around to buying the album, but probably will do now that Cherry Red are preparing a reissue.

The forthcoming expanded two-CD edition features both the English Language version of the album and the original German version. There is also a selection of bonus tracks such as extended mixes including three extra versions of Keeping The Dream Alive. This set comes with a booklet featuring sleeve notes from Michael Silvester.

This Fantasy 2CD expanded edition will be released on 22 February 2019.