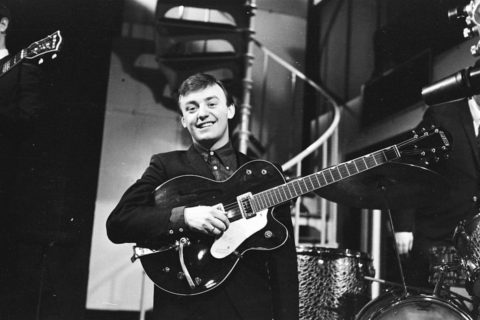 The world bids farewell to the Liverpool pop legend

Gerry Marsden, of 1960’s Merseybeat group Gerry and the Pacemakers, has died after a short illness.

Like The Beatles, Gerry and the Pacemakers were managed by Brian Epstein and actually did better than the Fab Four initially, chalking up three UK number one hits from their first three singles.

Their debut was ‘How Do You Do It?’ – which was ultimately rejected by The Beatles, because they wanted to write their own material (it can be heard on Anthology 1) – and the third 45, ‘You’ll Never Walk Alone’ became an anthem for Liverpool Football Club.

In 1984 another Liverpool band, Frankie Goes To Hollywood, matched this achievement of three number ones from their first three singles and even covered another Gerry and the Pacemakers’ single, ‘Ferry Cross The Mersey’, for the 12-inch of their debut, ‘Relax’.

Gerry and the Pacemakers split up in 1967, although reformed with an altered line-up in 1972, but the band’s achievements in the early sixties assured them, and Gerry himself, of legendary status.