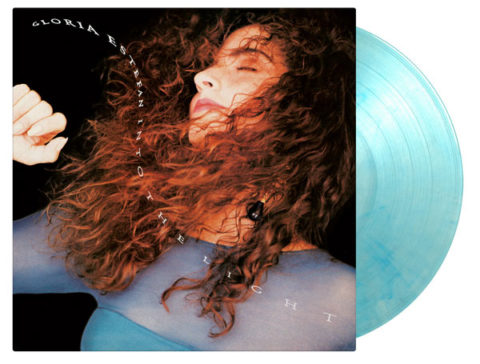 Into The Light, Gloria Estefan‘s second studio album as a solo artist, is being reissued as a limited edition 2LP coloured vinyl set in September.

The album was recorded after the terrible road traffic accident Estefan and her band were involved in during the ‘Get on Your Feet Tour’. Gloria suffered a fractured spine.

She recovered and came back strongly with the Into The Light album, and in particular, the single ‘Coming Out of the Dark’ which was number one in America and Canada in early 1991.

This reissue sees Into The Light pressed as a two-LP set for the first time. It features remastered audio and is pressed on blue marbled vinyl. These are limited to 2000 numbered copies and come with an insert.

Into The Light is for the first time available on a 2-LP set, as a limited edition of 2000 individually numbered copies on blue marbled vinyl. The package includes an insert featuring the lyrics.

Into The Light is released on 4 September 2020. Pre-order your copy via the SDE shop using this link, or the button below.

15 responses to Gloria Estefan / Into The Light blue vinyl