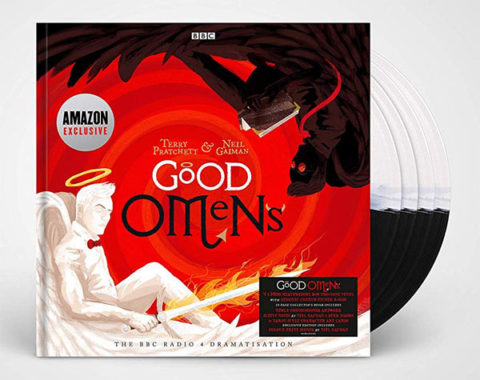 The BBC Radio 4 dramatisation of Terry Pratchett and Neil Gaiman’s 1990 book Good Omens: The Nice and Accurate Prophecies of Agnes Nutter, Witch is being released as a deluxe 4LP vinyl package, with a limited quantity pressed on coloured vinyl and including a print SIGNED by Neil Gaiman.

Good Omens is getting much publicity right now as a ‘major’ Amazon Prime TV series is imminent. This will star  David Tennant, Michael Sheen, Jon Hamm. It tells the story of how the fallen angel/demon Crowley and the angel Aziraphale work together to prevent the coming of the antichrist. 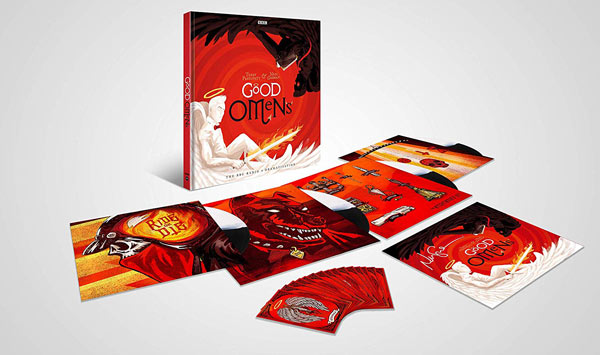 The novel was adapted and co-directed for BBC Radio 4 in 2014 by the award-winning Dirk Maggs who also tackled The Hitchhiker’s Guide to the Galaxy, amongst others. This is the first time it has been released on vinyl.

The cast features Mark Heap (as Aziraphale) the brilliant Peter Serafinowicz (as Crowley) along with Josie Lawrence, Colin Morgan, Charlotte Richie and many others. Neil Gaiman and Terry Pratchett make cameo appearances. 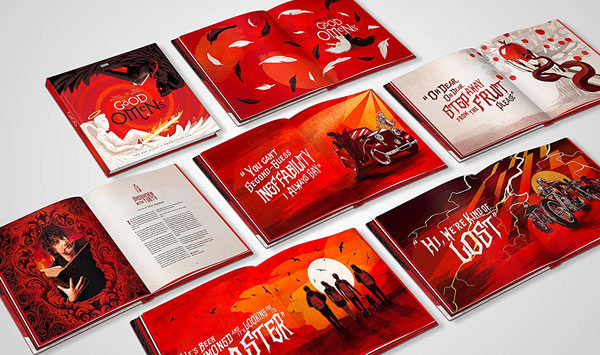 The exclusive (to Amazon UK) limited edition features four 180g heavyweight black and white vinyl – including a laser-etched Side B – are presented in illustrated wallets inside a rigid, bound 16 page book, with exclusive sleeve notes written by Neil Gaiman and Dirk Maggs. There are just 500 and they all come with a print signed by Gaiman.

This Good Omens vinyl package will be released on 2 August 2019, via Demon Records.