Guitar legend Hank Marvin releases a new album, Without A Word, in June and quick-off-the-mark fans can secure exclusive SIGNED editions, including this red vinyl pressing.

His 16th solo album contains 14 new recordings – mostly Hank’s interpretation of some of his all-time favourite tunes; a diverse selection, including the jazz standard Don’t Get Around Much Anymore, Moon River, The Fool On The Hill, the iconic Doctor Who Theme and the Louis Armstrong classic, What A Wonderful World. One new original composition, called Russian Doll (co-written and recorded with his son Ben), is also included (full track listing below). 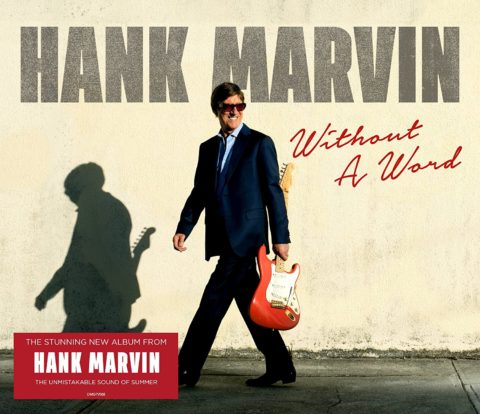 Without A Word is available as a 180g red vinyl pressing and the first 500 copies pre-ordered come with a 10″ x 8″ print signed personally by Hank Marvin.

If vinyl isn’t your format of choice, then an exclusive CD edition with a signed postcard is also available (limited to 1000 units).