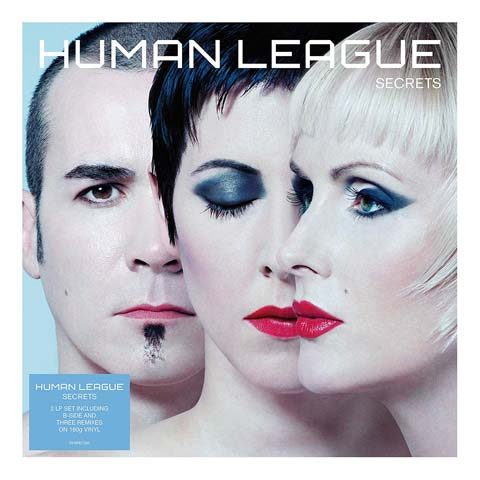 After the Record Store Day white vinyl, the Human League‘s 2001 album Secrets will be reissued on black vinyl in September.

Although you don’t get the groovy white vinyl or the etched side four with this edition, you do get four bonus tracks on side four NOT on the RSD version. These include B-side/ original Japanese bonus track Tranquility and some remixes.

This two-LP set comes housed in a gatefold sleeve with printed inners featuring all the lyrics. It’s the first time the album has ever been pressed on black vinyl and the vinyl debut of Tranquility.

This slightly expanded version of Secrets on 2LP black vinyl is released on 14 September via Demon Records.