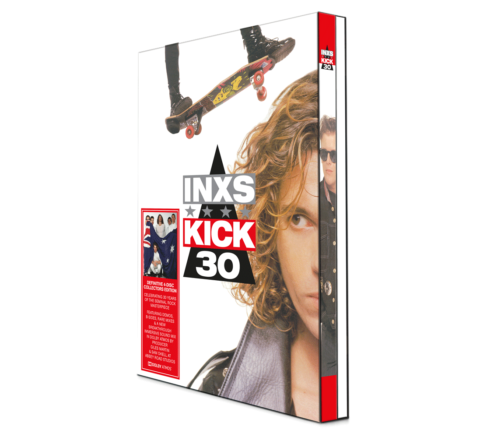 When I reviewed the 25th anniversary of INXS‘ Kick album back in 2012 I opened by saying “major record labels cling to blockbuster albums like a toddler clings to a security blanket”. Well, the proof is in the pudding, because since that time no other INXS album has received the expanded deluxe treatment, but five years down the line Universal Music are reissuing Kick again, for its 30th anniversary!

This is the third reissue of this album in 15 years and although I’m not sure it’s physically possible to roll your eyes enough to react properly to this news, the cloud does have a silver lining, because while the previous 25th anniversary set was missing remixes, didn’t include all the videos and was rather expensive, this time the label seem to have got it right, with a well-priced four-disc package that includes a brand new surround sound mix – in Dolby Atmos, no less – created by Giles Martin, who has made his name in the last decade as the new custodian of The Beatles audio, with regards to re-releases.

The first disc in this forthcoming Kick 30 package is a newly remastered version of the album, while the second CD is identical to CD 2 from the previous reissue. On the third disc, Universal do this time what they inexplicably failed to do five years ago and that’s fill out the disc with the ‘missing’ remixes. It’s uncanny. Anyone would think they’ve been reading SDE, since everything suggested five years ago is here (and more). Amongst the new additions are the Kookaburra Mix of Guns in the Sky, the Ben Liebrand Mix of Need You Tonight and the Mendelsohn 7″ Edit of Need You Tonight.

But credit where it’s due. It’s really fantastic news that a Dolby Atmos surround sound mix of this album has been created. It features on disc four –  a blu-ray. If you are new to Dolby Atmos, here’s the science bit: “This advanced technology delivers moving audio – a complete atmosphere of sound, with individual sounds that can be precisely placed and moved all around the listener, even overhead.” Although you need a Dolby Atmos compatible amp and God knows how many speakers in your room to really get the benefit, we are assured that this will provide “an enhanced sound experience on any surround sound set-up”. Giles has worked with Sam Okell at Abbey Road studios to create the ‘immersive’ mix.

Interestingly, after all the fanfare about R.E.M.‘s Automatic For The People being the first album to be mixed in Dolby Atmos, the Kick Dolby Atmos mix is actually going to beat R.E.M. ‘to market’ by a week (INXS is due on 3 November, while R.E.M. comes out on the 10 Nov). One up for the Aussies!

As well as this new surround mix, the blu-ray features all the promo videos alongside a new video for Kick. The Through Our Eyes Only home movie feature and the Track By Track documentary haven’t been ported over from the previous set.

This four-disc Kick 30 set comes in DVD-sized ‘fan-deluxe’ which includes a 48-page booklet with interviews, essays and rare photos. Best of all, it is less than half the price of its bigger, and inferior 25th anniversary cousin!

There will also be a new 2LP vinyl edition of Kick, half-speed mastered and pressed at 45RPM. This has been cut by Miles Showell, who did the recent Brian Eno sets. These come with a download card and a ‘certificate of authenticity’. A limited edition red vinyl version of this is available via the INXS online store. Andrew Farriss of the band declared these as “an outstanding sonic achievement… I was truly amazed to hear INXS’ recordings sounding so incredibly fresh, clear and kick-ass, like vinyl on steroids…”

All the INXS albums from the 2014 vinyl box are also being made available on vinyl LP individually at this time. 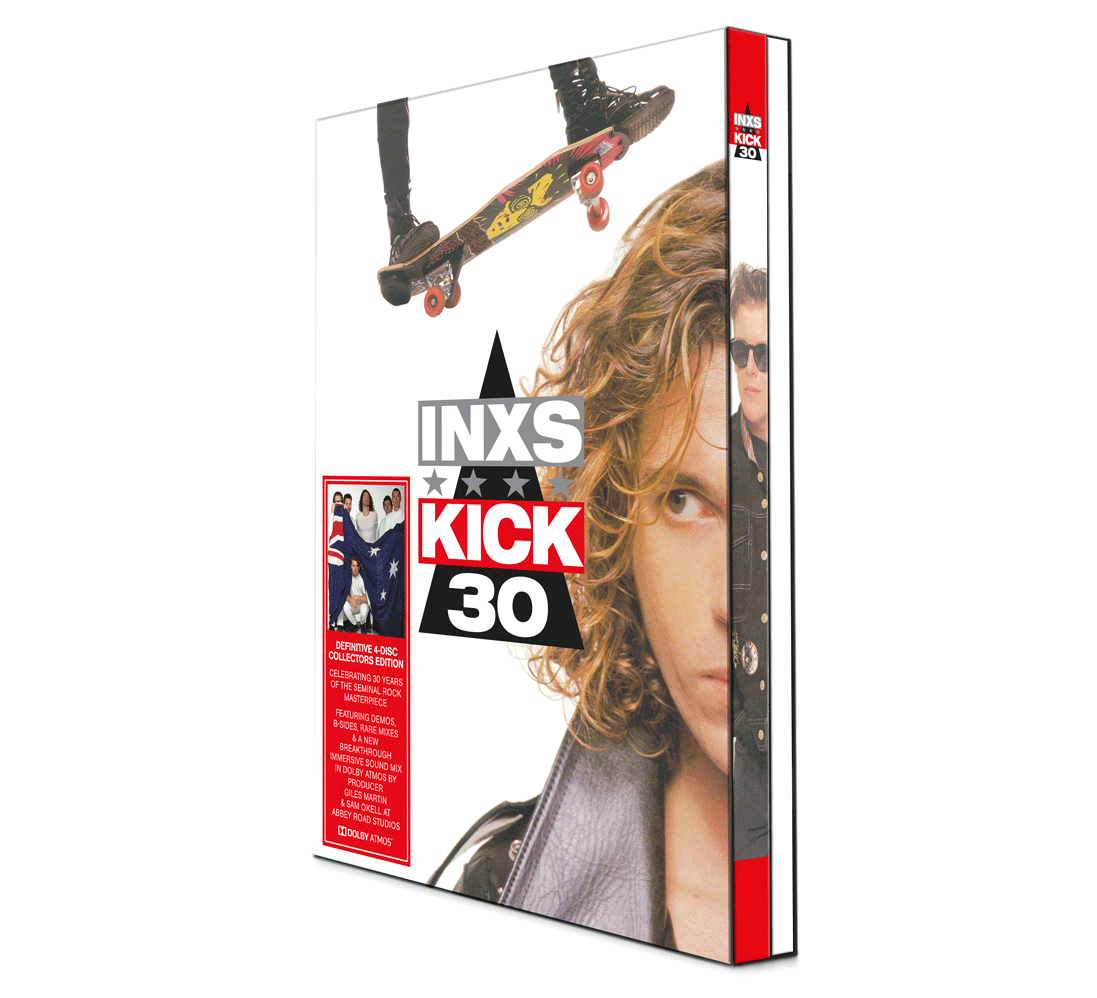 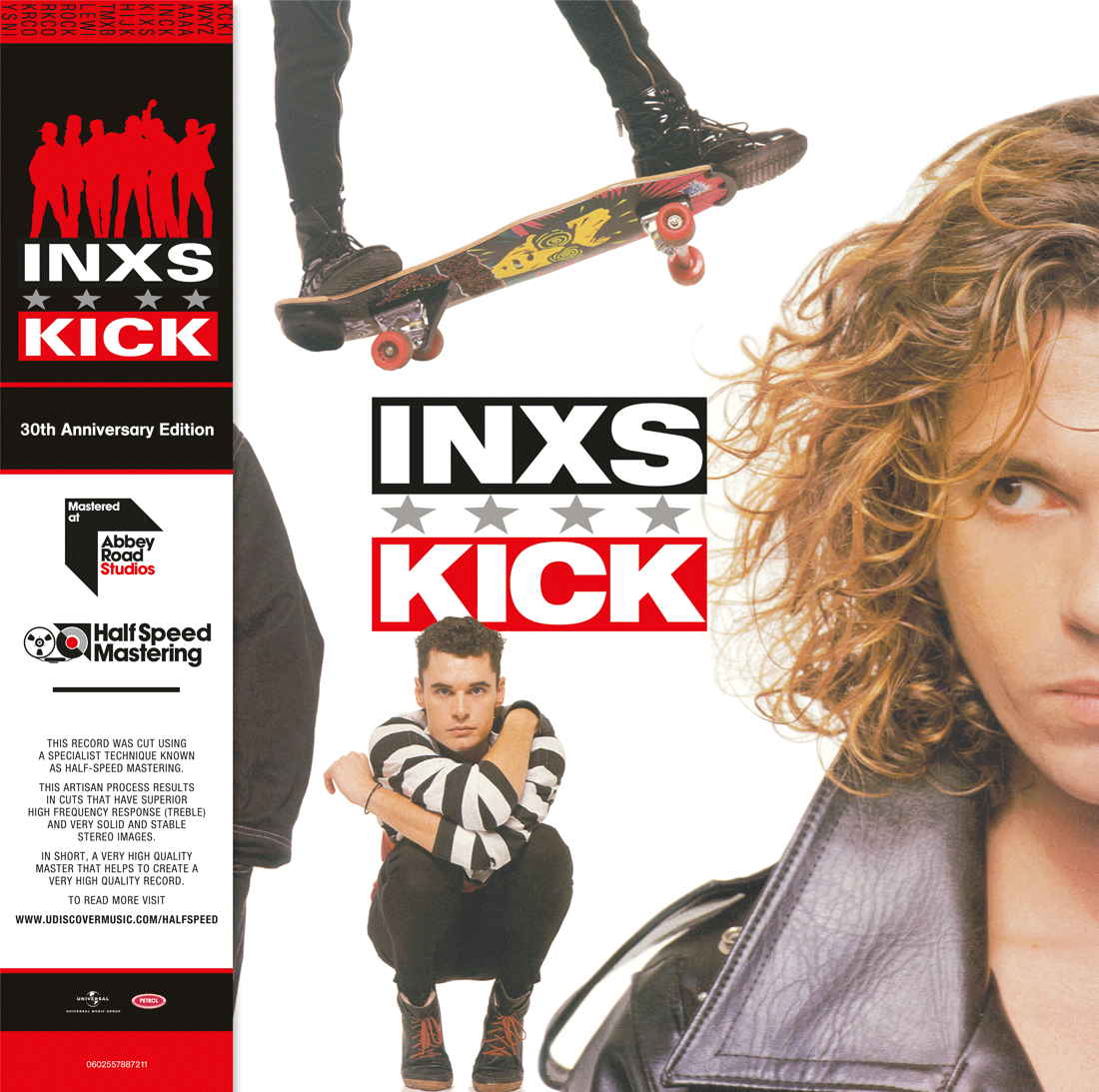 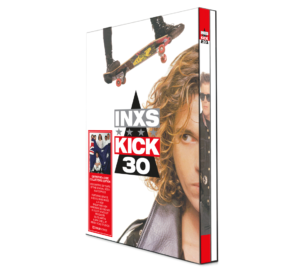 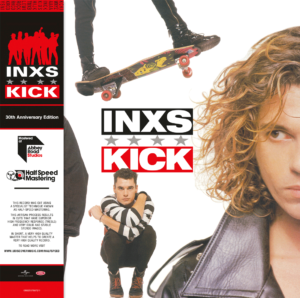