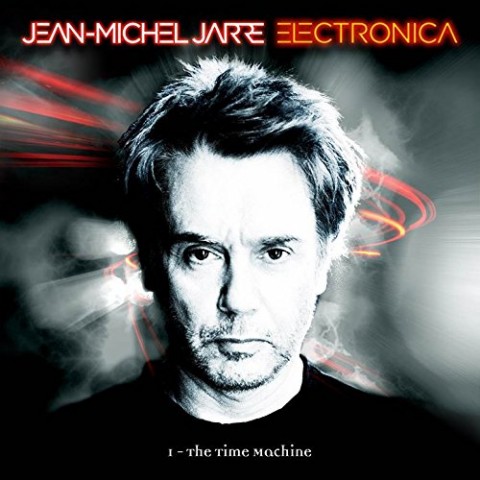 Here is the finished artwork for Jean-Michel Jarre‘s Electronica album, that was previously known as E-Project.

To recap, this is a collaborative project with Jarre working with people he admires in the field of electronica (at least that was the original ‘brief’ – see below).  The process is that he composed and produced original demos specifically for each artist, they then worked on it before giving it back for JMJ to complete the track. So a kind of Gratte mon dos, if you will.

Back in July, there were only a few collaborators announced (Tangerine Dream, 3D from Massive Attack etc.) but the track listing below reveals all the parties involved. They include Vince Clarke, Pete Townshend (well known for his electronica..) and pianist Lang Lang. 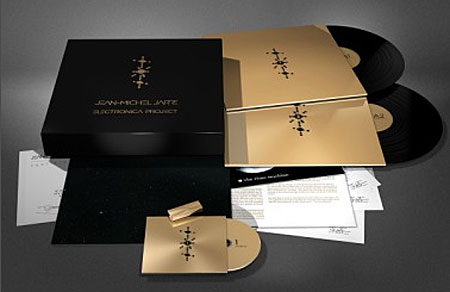 Don’t forget that there is a deluxe box set edition of Electronica which is HAND SIGNED (and numbered) by Jean-Michel Jarre. If you think £180 is a lot for a box set wait until I tell you that this is only ‘part one’ (‘The Time Machine’) with a follow up due in 2016! To be fair, the second “content-rich” volume of this box set will ‘only’ be £36 – so that’s £216 in total. 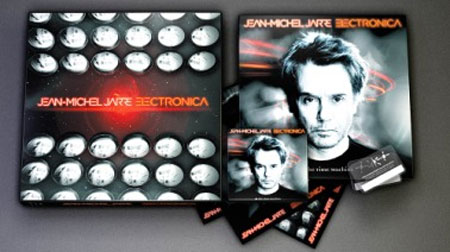 If your family’s financial priorities aren’t aligned with you spending £200+ on a signed JMJ box set (what do they know?) then you could settle for the ‘fanbox’ version. Similar content (2LP vinyl, CD, “access to audio-visual bonus content”, photo prints etc.) for £43. Again, there is a ‘part two’ for this due in 2016 which will cost £21.

You have to go to the Official Jean-Michel Jarre store to buy either box set.

Electronica: Part 1 The Time Machine will be released on 16 October 2015.