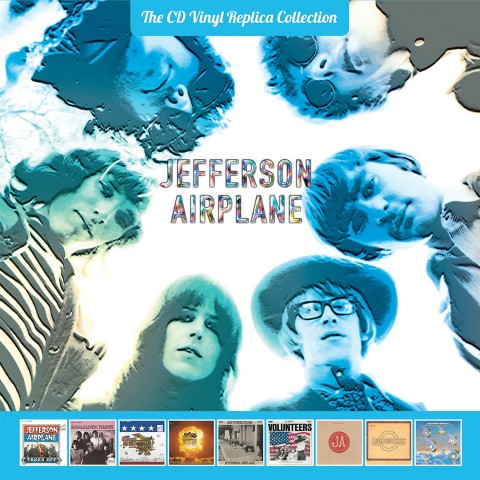 The label is well known for its vinyl replica CD releases and over the years they’ve reissued catalogue albums from artists such as Robert Palmer, Donna Summer, The Stranglers and Suzanne Vega.

The Jefferson Airplane box will be released alongside sets from Quicksilver Messenger Service and Hot Tuna and will feature all seven studio albums of the original era and two live sets:

The 12″ x 12″ numbered box is a limited edition of 1000 worldwide, with Culture Factory rather over egging the pudding with “Special release for Fans & Collectors only: Ultra Deluxe Set!”

There is no doubt that their vinyl replicas are excellent and really look the part with the black-finish discs and reproduced record label. It’s fair to say that they are probably the best I’ve seen outside of Japan. So for example, in this set, the Bark cardboard jacket comes in a custom-made re-creation of the brown paper grocery bag (with J.A. logo) that housed the original LP, and the Long John Silver ‘paper sleeve’ features the original photo of cigars and the song lyrics, and its printed, folded, perforated cardboard ‘sheath’ can be assembled into a mini-cigar box, just like the original release.

Despite the groovy packaging, the jury is out on some of the label’s remastering, with the Culture Factory version of Robert Palmer‘s Some People Can Do What They Like described as “dreadful” when we asked a professional audio engineer to examine it two years ago.

Culture Factory also continue to say this about their CDs: “remastered sound is 96 kHz/24-bit high definition”. This is rather meaningless and fairly misleading since a CD is limited to 44.1 kHz / 16 bit and no standard CD isn’t capable of delivering ‘high-definition’ sound. They presumably mean the source tapes are transferred to 96 kHz/24-bit high definition digital files which are then remastered and used to produce the CDs. Why not say that then?!

Each box comes with a 1′ x 2′ tour poster designed exclusively for these sets by Dennis Loren, along with an LP-sized 28-page booklet featuring extensive liner notes by Richie Unterberger, rare photos, memorabilia and a reproduction of the original LP artwork in 12-inch format. 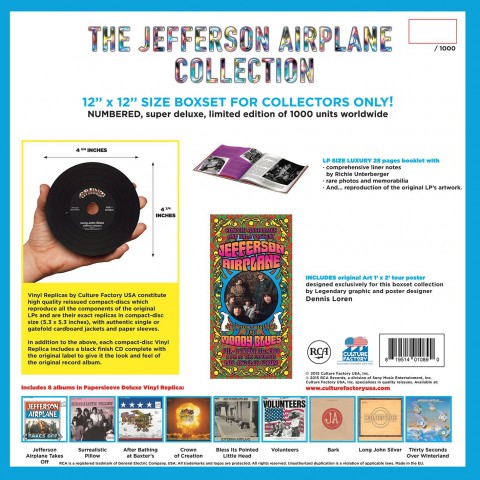 Disc: 2
1. Have You Seen the Saucers
2. Feel So Good
3. Crown of Creation
4. When the Earth Moves Again
5. Milk Train
6. Trial By Fire
7. Twilight Double Leader