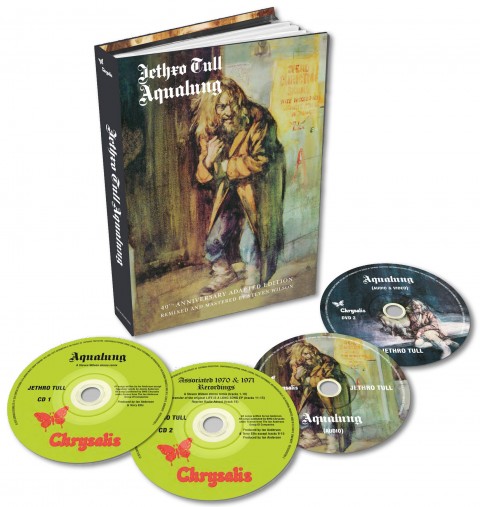 The 40th Anniversary edition of Jethro Tull‘s 1971 classic Aqualung is being repackaged and repriced, four and a half years after the original reissue.

The DVDs include Steven Wilson 5.1 surround mixes, hi-res stereo mixes, the 1974 quad mix and flat transfers of both Aqualung and the Life Is A Long Song EP (two of the EP’s tracks haven’t been available in this form previously).

You don’t get the vinyl, blu-ray and large-format packaging with this version, but it does include a comprehensive 80-page booklet (presumably the old book reformatted) and will look dandy on your shelf next to the other reissues (except Benefit!). Best of all, this can be pre-ordered for for less than £20!

This new version of the 40th anniversary Aqualung will be released on 22 April 2016.

The original Life Is A Long Song EP