John Cooper Clarke / I Wanna Be Yours 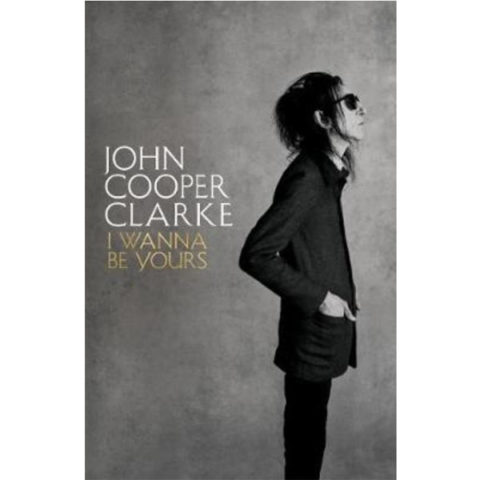 Pan MacMillan will publish I Wanna Be Yours, John Cooper Clarke‘s memoir later this year.

Salford-born ‘Performance poet’ Clarke is associated with the punk and post-punk eras and often shared a stage with notable figures from those movements including the Sex Pistols, Buzzcocks, Siouxsie and the Banshees and Elvis Costello as well as touring with fellow poet like Linton Kwesi Johnson (a neighbour of mine in the 90s when I lived in south London).

John Cooper Clarke is probably best known for his poem ‘Beasley Street’ although he did have a minor chart hit record single with ‘Gimmix! (Play Loud)’ in 1978.

He has definitely had a pretty interesting life with plenty of ups and downs, including being a heroin addict for much of the eighties. It was during that decade he shared a flat with Nico in Brixton (platonic relationship, apparently). Unlike her, JCC has survived to tell the tale and I Wanna Be Yours is where we’ll find his firsthand accounts of such tales.

The 320-page hardback edition of the memoir will be published on 15 October 2020 (was 1 October) and SIGNED copies can be ordered from Waterstones in the UK.

I Wanna Be Yours

13 responses to John Cooper Clarke / I Wanna Be Yours