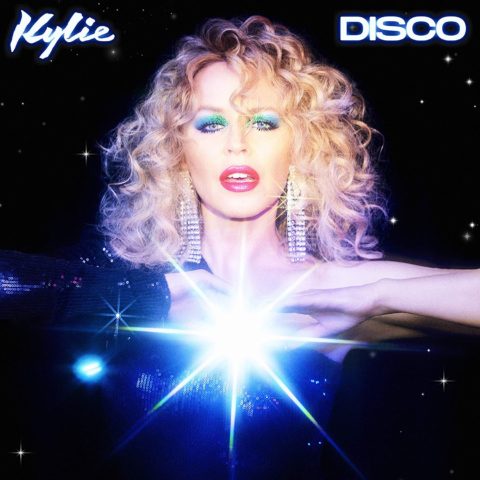 Kylie Minogue will release a new album, Disco, in November.

This is the follow-up to 2018’s Nashville-tinged Golden but given the title and the artwork, we can guess that this is a return to Kylie’s dance-pop roots. This is confirmed by the first track to be made available, ‘Say Something’.

There’s little in the way of useful info right now (no track listing), but plenty of product to pre-order (!) from Minogue’s official online store including an exclusive deluxe CD in hardcover book with four bonus tracks or an exclusive clear vinyl with photograph

Or you can go all out for the super deluxe Disco album bundle which offers deluxe CD, clear vinyl, cassette and photo (all of which are exclusive) and more!