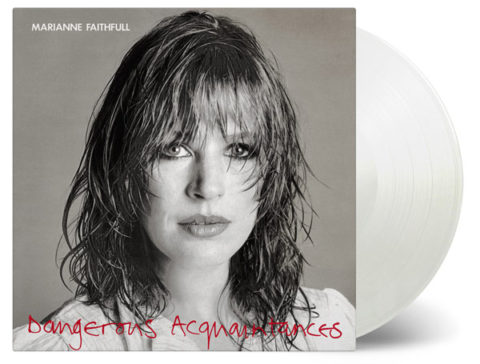 The follow-up to 1979’s Broken English, Dangerous Acquaintances was seen as a more mainstream rock offering and amongst its nine tracks was ‘For Beauty’s Sake’, a number co-written with Steve Winwood.

This new white vinyl is limited to 1000 units and they are individually numbered pressings. It’s released on 5 April 2019 and can be ordered on the SDE shop via this link or using the button below.