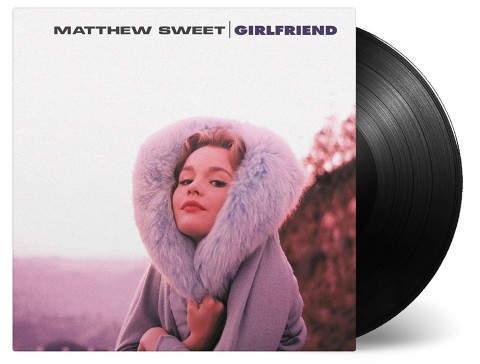 Matthew Sweet‘s ‘breakthrough’ album Girlfriend is to be reissued on vinyl next month.

The 1991 long-player is being put out by Music On Vinyl, although across the California’s Plain Recordings issued their own vinyl edition of this album in May of last year.

The new MOV version comes with a six-page insert with lyrics and pictures and is pressed on 180g vinyl. The Plain Recordings release features a “new back cover and a four colour double sided insert never previously available”.

I’ve heard good things about the Plain Recordings version, but since the MOV one isn’t even out yet, it’s impossible to make any kind of judgement or comparison.

What we do know is that both versions contain the superb 12-track album. If you’re not familiar with this minor classic of the pop-rock genre, then it’s highly recommended.

Music On Vinyl’s edition of Girlfriend is released on 10 February 2017. The Plain Recordings version is available now.