Missed out on the Frankie box set? It’s available to pre-order now! 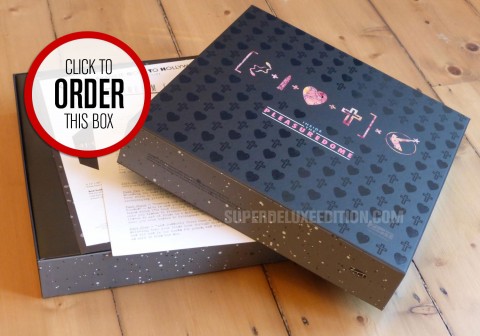 Update 14 November 2014: At the time of writing you can now order Inside The Pleasuredome via Amazon UK for a decent price. They will of course ship to the US and Japan etc. The JPC.de link is now not working as they seem to have stopped selling the box.

The Frankie Goes To Hollywood Inside The Pleasuredome box set can be pre-ordered from retailer JPC.de now and should be coming online on Amazon very soon.

The pre-order price is listed as €133 or just over £100. This is about a 20% premium over the PledgeMusic price (£85) but far more palatable than the cost of securing a set from ebay.

It’s hard to say how long stocks will last and there could be as little as only 500 sets available post-PledgeMusic. This will also be the first time that those from further afield – USA, Canada – have an opportunity to officially order this superb box.

57 responses to Missed out on the Frankie box set? It’s available to pre-order now!