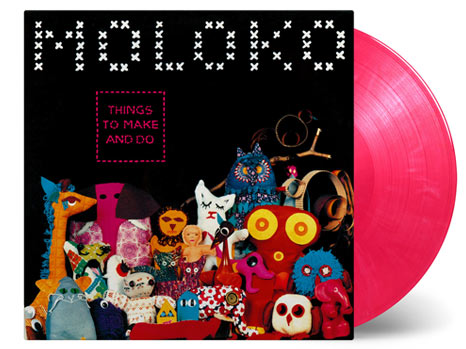 Music on Vinyl continue with their Moloko vinyl reissue campaign with a pink vinyl re-release of Things To Make And Do.

Originally issued in 2000, the album featured the electronic music duo’s biggest hit single in ‘The Time Is Now’ which peaked at number two that same year.

This new double vinyl set is pressed on transparent pink vinyl and is limited to 3,000 units. It comes with a four-page booklet. The album includes the ‘Boris Musical Mix’ (ie the remixed version that was a hit) of ‘Sing It Back’.

It is the second in a series of Moloko coloured vinyl reissues from Music On Vinyl, who will work through the group’s catalogue in similar fashion during 2019.

Things To Make And Do will be released on 25 October 2019 via Music On Vinyl and can be pre-ordered via the SDE shop using this link or the button below.