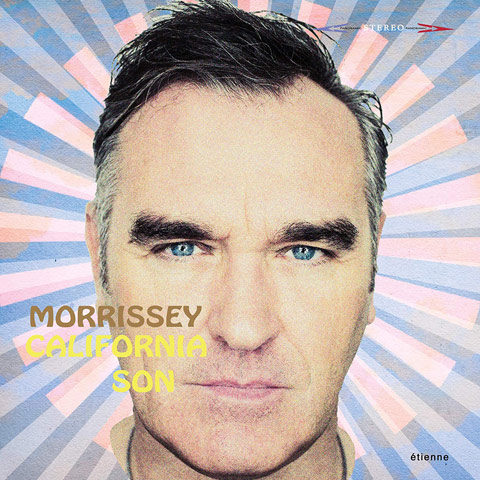 This May, Morrissey will release a new studio album, California Son, which sees him covering a diverse variety of tracks from the 1960s and 1970s, including some originally recorded by Bob Dylan and Roy Orbison.

The 12-track album also sees Morrissey tackle Joni Mitchell‘s ‘Don’t Interrupt The Sorrow’ (originally on 1975’s The Hissing of Summer Lawns) and Carly Simon‘s ‘When You Close Your Eyes’ (from 1972’s No Secrets).

Roy Orbison, Jr has already given the cover of his dad’s song the seal of approval “We love Morrissey! Morrissey’s hair, and melancholy and poetic lyrics always reminded me of my Dad. His version of “It’s Over” is great.”

The album is produced by Joe Chiccarelli and will be released on the BMG imprint Etienne on 24 May 2019.