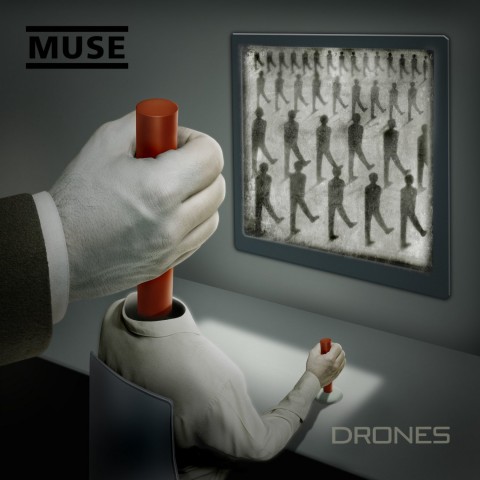 Muse will release Drones, a new studio album in June.

As well as the standard single CD, the ten-track album will be available as a CD+DVD edition, with the DVD offering live performances of new songs from Drones filmed during the Psycho UK Tour, and ‘bonus’ studio footage. The disc is NTSC and region-free.

A 2LP gatefold 180g vinyl version is also available along with a deluxe set in tri-fold vinyl packaging, which bundles the vinyl and CD+DVD together with some art prints. The latter is in theory exclusive the Muse webstore although it is now available across various Amazon stores (see links below). It’s actually cheaper to buy the CD+DVD and vinyl separately so you’ll need to make a call on how much you value art prints and ‘tri-fold’ packaging!