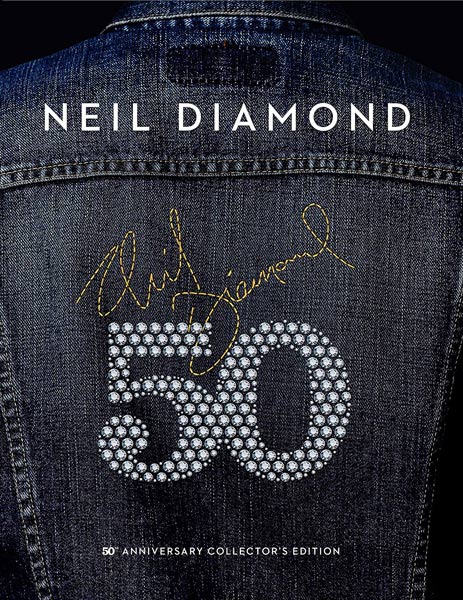 Although UMe/Capitol already ‘celebrated’ Neil Diamond‘s 50 years in music 18 months ago with a three-disc set called the ’50th anniversary collection’ it seems they haven’t celebrated enough and so will this month offer forward the ’50th Anniversary Collectors Edition’ a six-disc hardcover book deluxe package that features the same artwork, but this time includes six CDs of content, including rarities, demos and 14 previously unreleased tracks.

This set contains a full disc of unreleased songs, including ‘Sunflower,’ (originally recorded by Glen Campbell recently updated by Neil Diamond), ‘Before I Had a Dime’ and  ‘C’est La Vie’ (a song that Neil co-wrote with friend Gilbert Bécaud). Also unreleased are two original demos of  ‘I Am…I Said’ and ‘America,’. 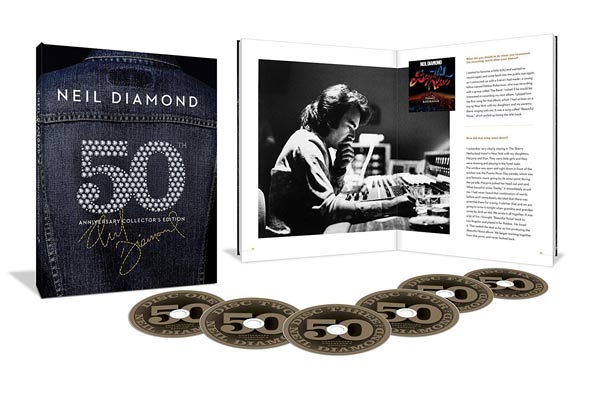 I suppose they’ve got there in the end, as this set is far more appealing than last year’s effort – and is reasonably priced – although one wonders whether Universal Music plan to release 50th anniversary editions of Neil Diamond’s output every year, going forward?

For now, this year’s Neil Diamond 50th Anniversary Collector’s Edition will be released on 30 November 2018.