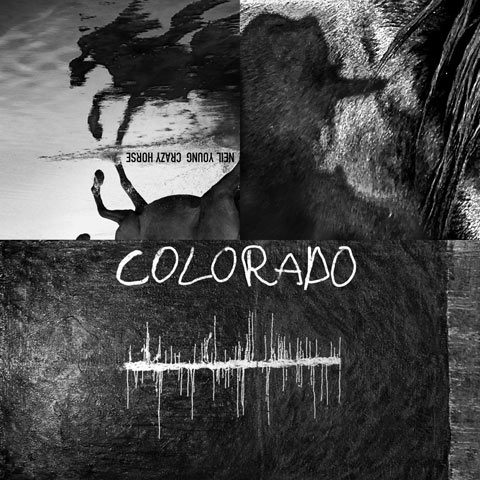 The 11-track album was recorded in a studio in the Rocky Mountains and produced by Young and John Hanlon. The current line-up of Crazy Horse features bassist Billy Talbot and Ralph Molina (on drums) and guitarist Nils Lofgren.

Young’s wife Daryl Hannah created the artwork for the sleeve, and Neil raves about her “beautiful artistic sentiment” on this post on his archives site.

The album is released on CD and as a 2LP vinyl + 7″ package. The audio actually takes up only three sides of the vinyl with side four etched. The seven-inch single features a live version of album track ‘Rainbow of Colors’ and a studio recording Truth Kills on the B-side.

Think Of Me
She Showed Me Love

Milky Way
Eternity
Rainbow Of Colors (studio version)
I Do