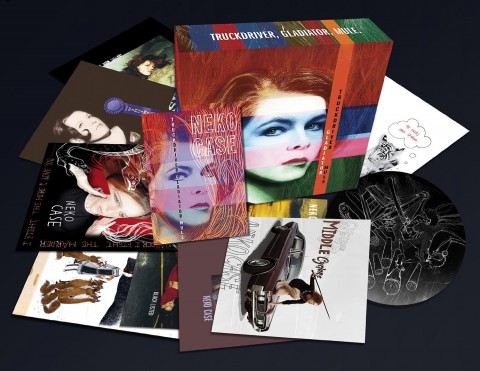 Get eight solo albums by ‘country noir’ singer-songwriter Neko Case and other goodies with her forthcoming Truckdriver, Gladiator, Mule set.

Issued by Anti-Records, this set includes all of Case’s albums bar one, from her 1997 debut The Virginian (on vinyl here for the first time) to 2013 release The Worse Things Get, the Harder I Fight, the Harder I Fight, the More I Love You. Six studio albums are complemented by the eight-track Canadian Amp EP and The Tigers Have Spoken, a live album compiled from various shows in Chicago and Toronto in spring 2004. 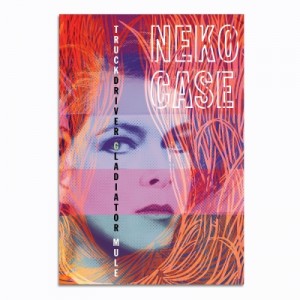 This set features new remasters from the original analog tapes, pressed on 180-gram vinyl and are packaged in a custom storage box, complete with an 80-page book and illustrated vinyl slipmat, both designed by Case herself (who holds a Bachelor Fine Arts degree).

Born in Virginia to parents of Ukrainian descent, Case moved to Vancouver, Canada, in 1994 aged 24 to attend art school and that was where she made her first album. The Virginian is a full-on country music affair, whereas her second album Furnace Room Lullaby (2000) established her signature ‘country noir’ style.

Canadian Amp (2001), recorded in her kitchen at her new home in Chicago, was her first without the assistance of ‘Her Boyfriends’, the backing group with an ever-changing line-up who’d played on the first two albums. Six of the eight tracks are covers, including Neil Young’s Dreaming Man. Running out of Fools, previously a hit for Aretha Franklin is one of two cover versions on the darkly, atmospheric Blacklisted (2002). Fox Confessor Brings the Flood (2006) earned much critical acclaim, and here autobiographical song Hold On, Hold On would later be covered by Marianne Faithfull.

Alongside the announcement of the new set, Case has penned an extended note to her fans reminiscing about her career so far, and concluding with the following words:

‘Being in a band isn’t a race to an awards platform. It is a life, a great and complicated, messy, anxious, hilarious and homemade life. I wouldn’t trade it for anything, ever. I gave up a lot of what makes people “normal”, but it was always my choice. That is a victory in itself. This is a long story, which I will continue later, but for now, here are some images and music to take in and wonder about. I made all this for you and me. Without you, however, the circuit does not complete. Thank you for being here with me and making music.’

Shortly after the release of the box set, Case’s UK fans will have a couple chances to catch her playing live – on 28 November at the Mutations Festival, Brighton, or at the beautiful Union Chapel venue in North London, on 1 December. 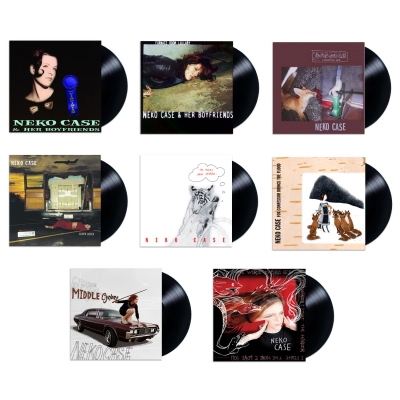 The Tigers Have Spoken

The Worse Things Get, the Harder I Fight, the More I Love You