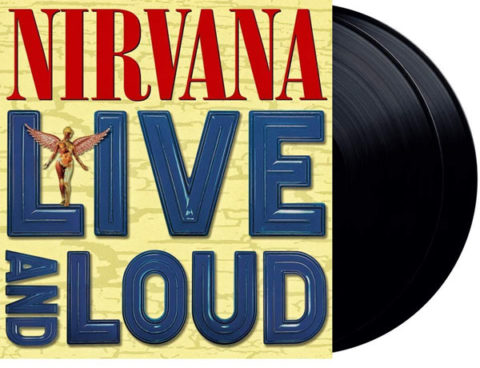 Live and Loud, a recording of an MTV concert performance by nineties three-piece Nirvana will be issued as a double vinyl set next month. It will be pressed on black vinyl and limited coloured vinyl, in a gatefold sleeve.

Originally filmed in December 1993, at Seattle’s Pier 48 (less than a month after the MTV Unplugged in New York show taping), Live and Loud originally aired on MTV on New Year’s Eve in 1993.

Considered one of Nirvana’s best live shows, Live and Loud features tracks from their breakthrough Nevermind album as well as the then-recently released follow-up In Utero.

Collectors will recall that this was originally issued – on CD and DVD – as part of In Utero’s 20th anniversary in 2013. It also features the trio’s take on David Bowie’s ‘The Man Who Sold The World’ (with touring guitarist Pat Smear), which they’d taken to performing in their set.

Live and Loud is released 30 August 2019 by Geffen/ UMC. Each gatefold vinyl comes with a replica backstage pass and audio download card.