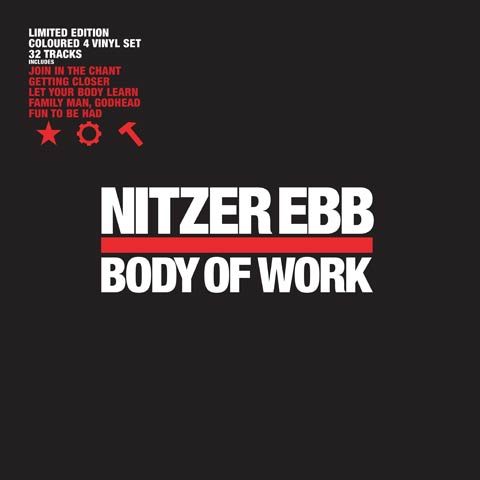 Two vinyl records will be pressed on RED vinyl with the other two on WHITE vinyl and this will be available to the world outside North America (where Mute don’t own the rights). The set will come with a download card.

Last year saw the release of the massive vinyl box 1982-2010 (via Pylon Records) and you can watch an unboxing video of that set here.

Nitzer Ebb have announced several live dates for 2019, including Germany, Belgium and at the Infest festival in the UK in August. More dates are expected to be announced. Meanwhile this new vinyl edition of Body of Work will be released on 8 March 2019. This is the first item in a new re-release campaign of the band’s catalogue (from Mute) on vinyl and CD.