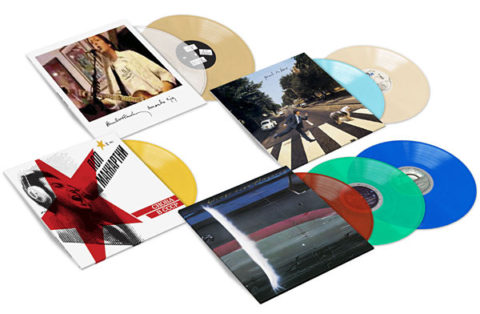 Four live albums – one from each decade starting with the 1970s – given the reissue treatment. Some remastered and one remixed.

The four albums in question are 1976’s Wings Over America (the only album of the four to have already been part of Paul’s ‘Archive Collection’ reissue campaign), Choba B CCCP Paul’s 1988 live-in-the-studio rendition of rock ‘n’ roll classics that was exclusive to the Soviet Union (for a while), Paul Is Live from 1993, which features live cuts performed on McCartney’s ‘New World Tour’ in support of the Off The Ground album (including five from that very album) and finally Amoeba Gig the first full commercial release of Paul’s 2007 free gig at Hollywood’s Amoeba Music (he was promoting Memory Almost Full at the time). 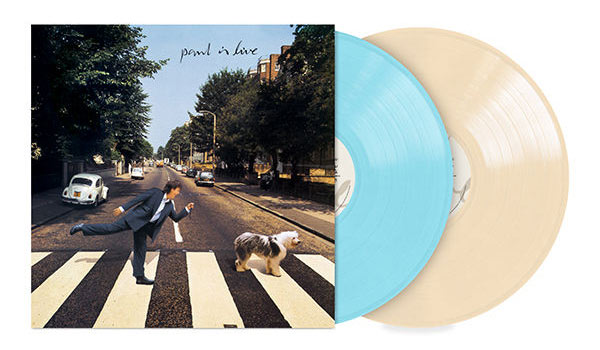 Points of interest are that Paul is Live and Choba B CCCP are both newly remastered at Abbey Road while Amoeba Gig goes one step further and is remixed for this release as well as including a bonus track ‘Coming Up’ (soundcheck). The Russian Album (as it was known) also adheres to the original 11-track version released in the Soviet Union and not the 14-track edition put out on CD in 1991.

Given that this is a gathering of live albums, it’s a little surprising that 1991’s Unplugged (The Official Bootleg) isn’t part of this line-up and arguably would have been a bit more attractive to fans than putting forward Wings Over America to a fanbase that have likely already bought the 2013 reissue on vinyl. Ditto 1990’s Tripping The Live Fantastic. Presumably we’ll get them at some point. 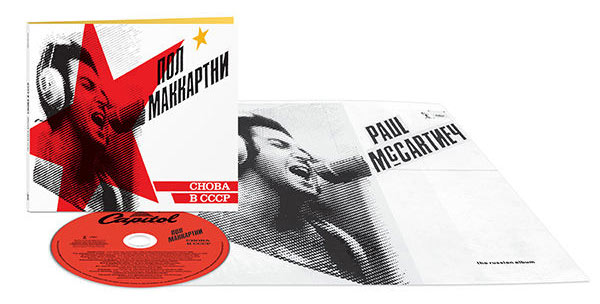 All of the four live albums are being released again on CD (WOA is a double, of course), as well as black and coloured vinyl. As with previous coloured vinyl editions Universal ‘reserve’ these for McCartney’s store and their own direct-to-consumer channels, so unfortunately, like other independent retailers, we don’t get access to this stock for the SDE shop. MusicVaultz in Canada have a special bundle available, and other channels in other territories have followed suit.

Wings Over America, Choba B CCCP, Paul Is Live and Amoeba Gig will all be reissued on 12 July 2019.

Choba B CCCP vinyl (same tracks on the CD)

A1. Kansas City
A2. Twenty Flight Rock
A3. Lawdy, Miss Clawdy
A4. Bring It On Home To Me
A5. Lucille
A6. Don’t Get Around Much Anymore

Paul Is Live 2LP vinyl (same tracks on the CD)

A1. Drive My Car
A2. Let Me Roll It
A3. Looking For Changes
A4. Peace In The Neighbourhood
A5. All My Loving
A6. Robbie’s Bit (Thanks Chet)

B1. Good Rockin’ Tonight
B2. We Can Work It Out
B3. Hope Of Deliverance
B4. Michelle
B5. Biker Like An Icon
B6. Here, There And Everywhere
B7. My Love

B1. Maybe I’m Amazed
B2. Call Me Back Again
B3. Lady Madonna
B4. The Long And Winding Road
B5. Live And Let Die

D1. You Gave Me The Answer
D2. Magneto And Titanium Man
D3. Go Now
D4. My Love
D5. Listen To What The Man Said