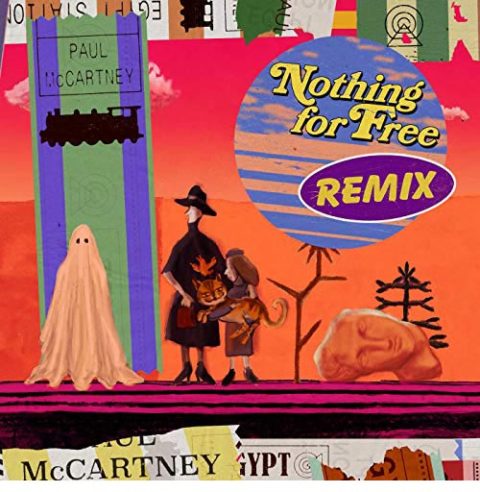 If you bought the ‘Traveller’s Edition’ or ‘Explorer’s Edition’ of Paul McCartney‘s Egypt Station, you might be forgiven for thinking that you finally have a package that includes all the audio that Macca has officially put out in relation to his 17th studio album. Well that was true until yesterday, when Paul sneaked out into the digital marketplace a new remix of ‘Nothing For Free’!

As a reminder, ‘Nothing For Free’ isn’t on the album proper, but was one of two bonus tracks on the original deluxe/exclusive edition and like Fuh You was co-produced (and co-written) by Ryan Tedder. This song also appeared on the Egypt Station II disc in both the ‘Explorer’ and ‘Traveller’ (suitcase) editions of the album

The new remix appeared on various streaming platforms and digital platforms yesterday, including Amazon, but has not been announced by McCartney. It’s dubbed the ‘DJ Chris Holmes Remix’ and at 3.37 it’s very much in the style of a seven-inch remix. You can listen to it, below.

Quite why Paul has decided to release is not clear. Perhaps, like the New Year’s Day surprise of ‘Get Enough’ (another Tedder co-write and co-production), he simply thought it would be a fun thing to do. I’m sure fans would love to see some kind of physical release, but SDE is not holding its breath.