Perry Farrell / The Glitz; The Glamour 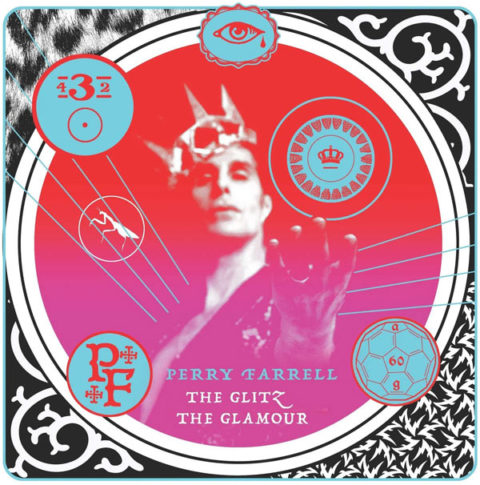 The Glitz; The Glamour is a new box set – available on CD and on vinyl – featuring the solo work of Perry Farrell.

The American singer-songwriter and musician is best known as the frontman for the alternative rock band Jane’s Addiction, but this new 68-track box set is not concerned with that and concentrates on extra-curricular activities such as Farrell’s early years with post-punk collective Psi Com, 2001 debut solo album Songs Yet to be Sung; Ultra Payloaded, the one and only album from the short-lived band Satellite Party, the fairly recent Kind Heaven (a Farrell solo album from 2019) and a disc of remixes by UNKLE, Maceo Plex, Groove Armada, and more.

All that is covered by six CDs (or nine LPs in the coloured vinyl box) but The Glitz; The Glamour also comes with a blu-ray featuring a Dolby Atmos surround mix of the Kind Heaven record along with three new Atmos-mixed tracks from the remix record.

As well as the audio discs, the box set comes with a hardcover photographic book, two prints and more.

The 6CD+blu-ray edition of the box set is widely available, but – in theory – the 9LP+blu-ray version is more exclusive and is only available via independent record shops. All the vinyl in that box is half-speed mastered.

The Glitz; The Glamour will be released on 27 November 2020. 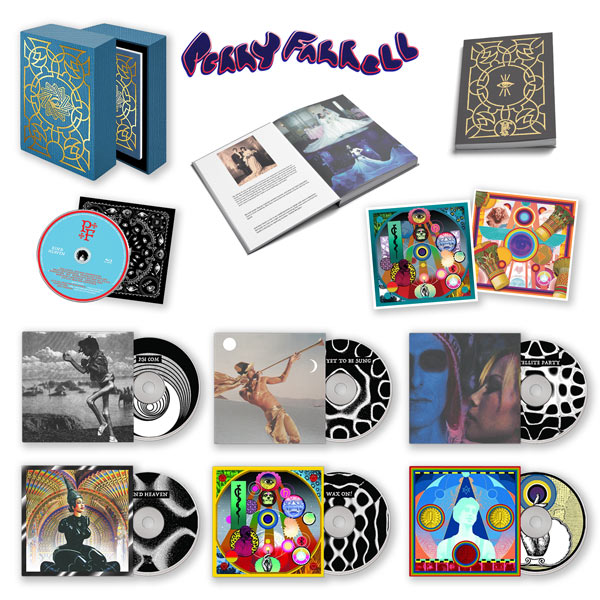 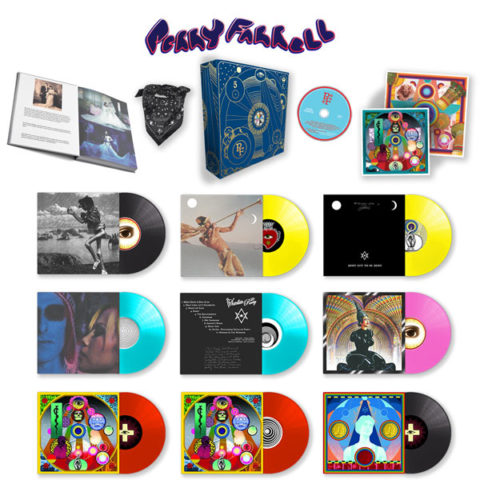 15 responses to Perry Farrell / The Glitz; The Glamour