Phil Collins / Plays Well With Others 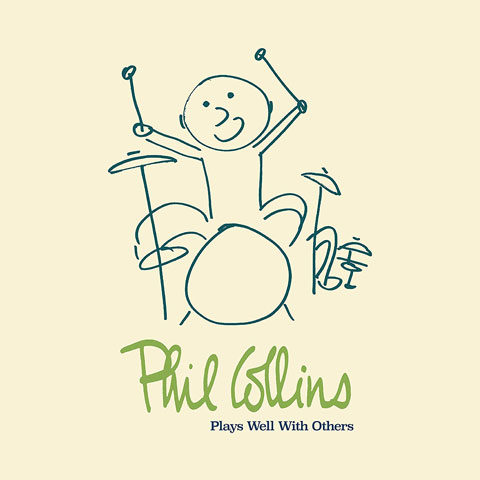 4CD box set of work Collins has undertaken with other artists

This September, Rhino are to release a new four-CD box set that shines a light on the collaborative work of Phil Collins. Plays Well With Others features an incredibly broad array of music from a diverse range of artists including Brian Eno, John Cale, Eric Clapton, Tears For Fears, Howard Jones, Paul McCartney, Adam Ant and more.

The 59-track collection has been compiled by Collins (we know he likes to get ‘hands on’ after his album reissues) and he has this to say about it:

“Some would say I’ve lived a charmed life. I’ve done what I wanted for most of it, and got paid  well for doing something I’d have done for nothing. Playing the drums. During that time I’ve  played with most of my heroes, most have become close friends. Over these 4 CD’s you’ll find a  mere smattering of those moments. I thank the artists for letting me put this CD together, no easy  task! Love, PC”

Plays Well With Others certainly presents a rather disparate group of artists and recordings – with Collins as the common thread – but the work collected here is mightily impressive, when you consider that Collins would effectively do this work in his spare time, while not being in Genesis or having massive solo success with his own albums and singles!

The discs are split into eras, with the first CD covering the 1970s, more or less. The second disc represents most of the 1980s. Some of these collaborations are bound to come as a surprise to some fans. I had missed the fact that Collins plays on Adam Ant‘s Puss ‘n’ Boots, although his work on the single version of Howard Jones‘ No One Is To Blame is fairly well known. Collins’ jibe at Paul McCartney (he called him a ‘fuck’ on the eve of the publication of his book in Oct 2016) hasn’t stopped him including Macca’s Press To Play album track Angry (with ‘our little Phil’ on drums) and it’s nice to see Tears For Fears‘ Woman In Chains remembered.

The ’90s and the ‘noughties’ work (on CD 3) is likely to be less familiar and includes collaborations with artists such as John Waite, David Crosby and Lil’ Kim. The one Genesis selection – No Son Of Mine from 1991’s We Can’t Dance – is a curious choice.

The final disc concentrates on live performance, and ends with four tracks from Party at the Palace in 2002 – the Queen’s Golden Jubilee celebration. A reminder that from the mid ’80s onwards Collins was synonymous with The Big Concert Event, where ‘supergroups’ would form and perform, for charity or otherwise.

62 responses to Phil Collins / Plays Well With Others