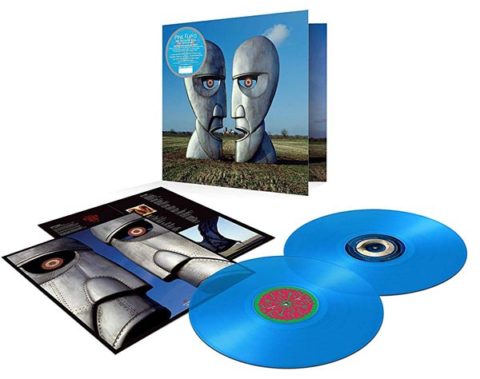 Pink Floyd‘s 1994 album The Division Bell will be reissued as a 25th anniversary translucent blue 2LP vinyl edition in June.

The Division Bell was the last studio album to be recorded by the version of the band that was David Gilmour, Nick Mason and Richard Wright and was number one in many countries including the UK, the USA, Australia and New Zealand. The album was recorded by the band at Astoria (Gilmour’s boat) and Britannia Row Studios with the majority of the lyrics being written by Polly Samson and David Gilmour.

David Gilmour said at the time: “The three of us went into Britannia Row studios, and improvised for two weeks. Playing together and starting from scratch was interesting and exciting, it kick-started the album and the process was very good, it was collaborative and felt more cohesive.”

The album was remastered (from the original analogue tapes) for the 20th anniversary vinyl box set (released in 2014), by James Guthrie, Joel Plante and Doug Sax. This new edition uses that same remaster. Bob Ezrin and David Gilmour produced the original album, with orchestral arrangements by the late Michael Kamen.

This 25th anniversary translucent blue 2LP vinyl release of The Division Bell is issued on 7 June 2019.

Cluster One
What Do You Want From Me
Poles Apart

Marooned
A Great Day For Freedom
Wearing The Inside Out

Take It Back
Coming Back To Life
Keep Talking