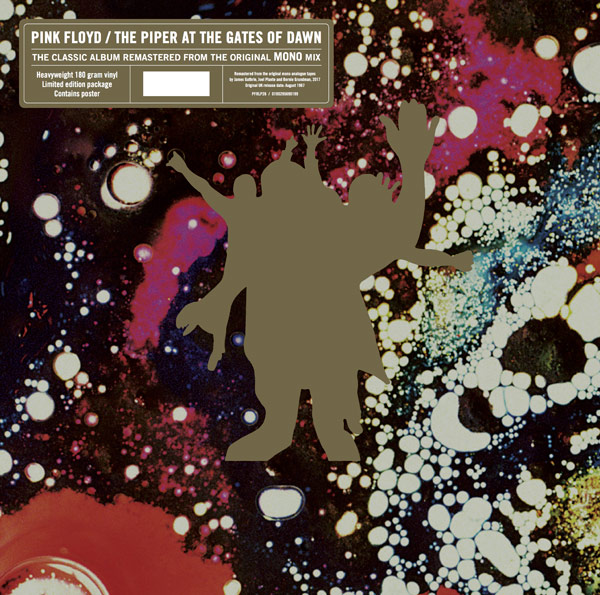 Pink Floyd will release the mono version of their 1967 debut The Piper At The Gates Of Dawn on vinyl LP for this year’s Record Store Day.

This is a new mono remaster by James Guthrie, Joel Plante and Bernie Grundman. The vinyl masters were cut in 2018 from the original analogue mono master tape.

The record is pressed on heavyweight vinyl and comes with a black poly-lined inner bag. To differentiate this mono from the stereo, Aubrey Powell of Hipgnosis (with Peter Curzon) created some additional packaging in the form of a card envelope which features a psychedelic design, including a gold embossed version of the graphic by Syd Barrett which also features on the reverse of the original mono LP. That’s the image you can see above.

The Piper At The Gates Of Dawn is released on 21 April.