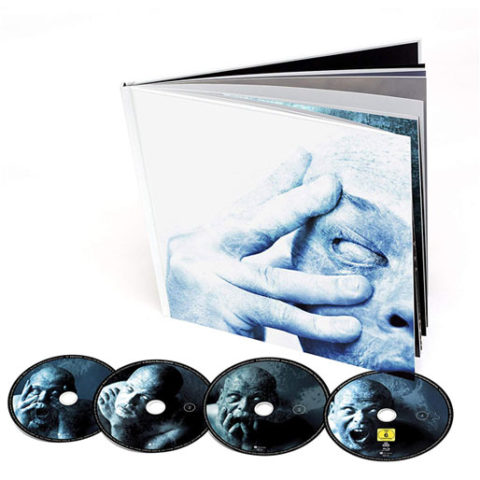 Porcupine Tree‘s 2002 album In Absentia will be reissued as a 3CD+blu-ray deluxe edition in February.

The set features three CDs, with the first offering Steven Wilson’s 2017 remaster of the album, the second containing additional finished studio recordings the band made during the period (such as ‘Collapse Intro’, ‘Drown With Me’, ‘Chloroform’, and ‘Meantime’) and the third comprising over 70 minutes of demos recorded in Wilson’s home studio.

The blu-ray is the fourth and final disc. It features the 2003 5.1 surround sound mix (by Elliot Scheiner) as well as the audio from CD 2 in hi-res. This isn’t a blu-ray audio since it also comes with a brand new, almost two-hour documentary directed by Steven Wilson’s longtime visual collaborator Lasse Hoile, which chronicles the making of the album with interviews and archive footage.

The deluxe set is presented as a 100-page hardcover book which features photography by Lasse Hoile, Carl Glover, Richard Barbieri and John Blackford along with sleeve notes and track-by-track commentary by Stephen Humphries, artwork drafts, and handwritten notes and lyrics.

In Absentia deluxe will be released on 21 February 2020 via Kscope. You can pre-order via the SDE shop using this link, or the button below.