Remixed & Expanded: The Beatles Live At The Hollywood Bowl due in Sep 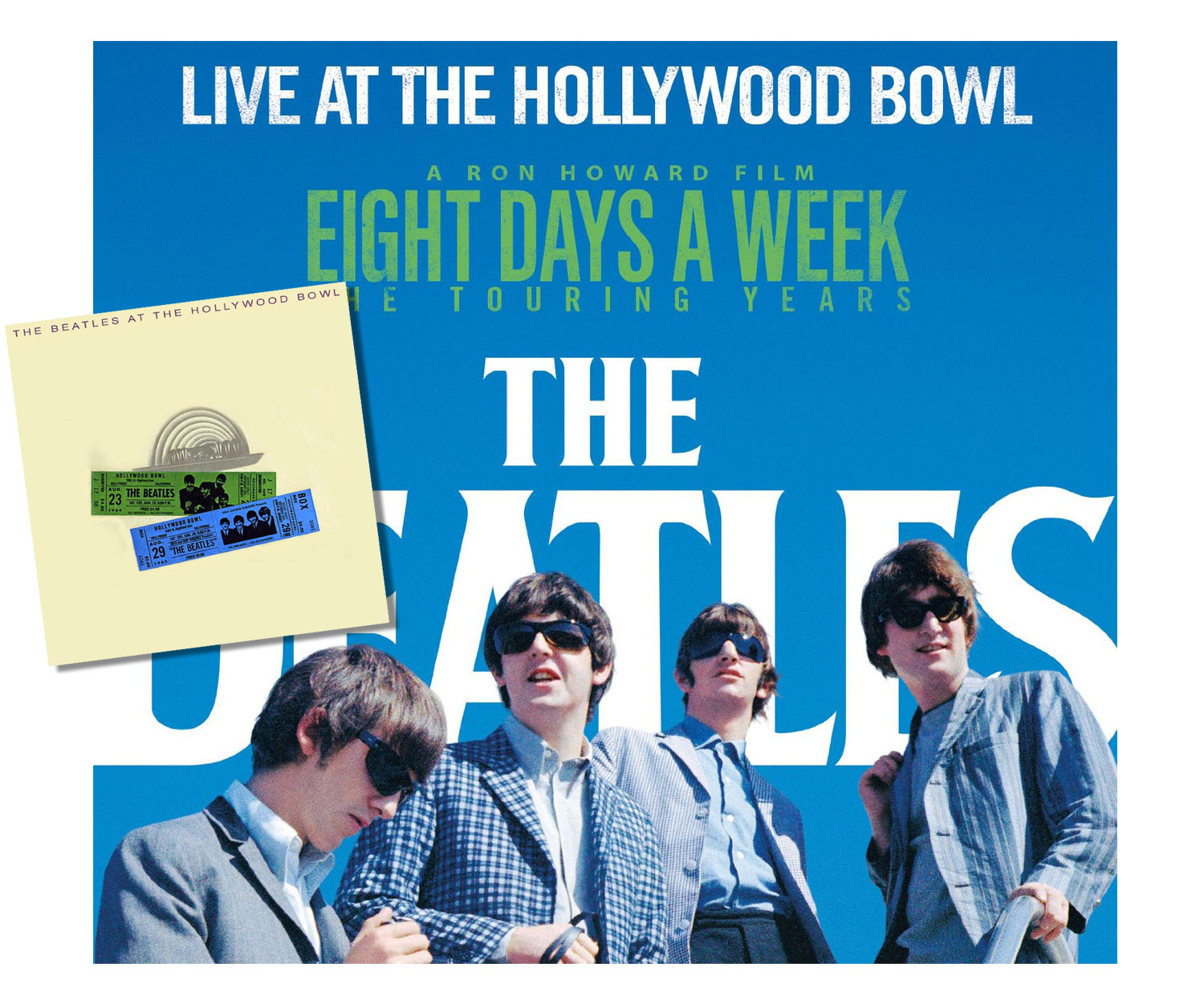 1977 live album reboot to tie in with Ron Howard doc

Apple Corps Ltd. and Universal Music Group will release an expanded and newly remixed version of The Beatles‘ 1977 live album The Beatles At The Hollywood Bowl this September…

The Beatles: Live At The Hollywood Bowl is effectively an entirely new release, directly sourced from the original three track tapes of the concerts. Producer Giles Martin and engineer Sam Okell have remixed and mastered the recordings at Abbey Road Studios, including the thirteen tracks from the original album produced by George Martin, plus four additional, previously unreleased recordings from the concerts.

“A few years ago Capitol Studios called saying they’d discovered some Hollywood Bowl three track tapes in their archive. We transferred them and noticed an improvement over the tapes we’ve kept in the London archive. Alongside this I’d been working for some time with a team headed by technical engineer James Clarke on demix technology, the ability to remove and separate sounds from a single track.

With Sam Okell, I started work on remixing the Hollywood Bowl tapes. Technology has moved on since my father worked on the material all those years ago. Now there’s improved clarity, and so the immediacy and visceral excitement can be heard like never before. What we hear now is the raw energy of four lads playing together to a crowd that loved them. This is the closest you can get to being at the Hollywood Bowl at the height of Beatlemania. We hope you enjoy the show…” 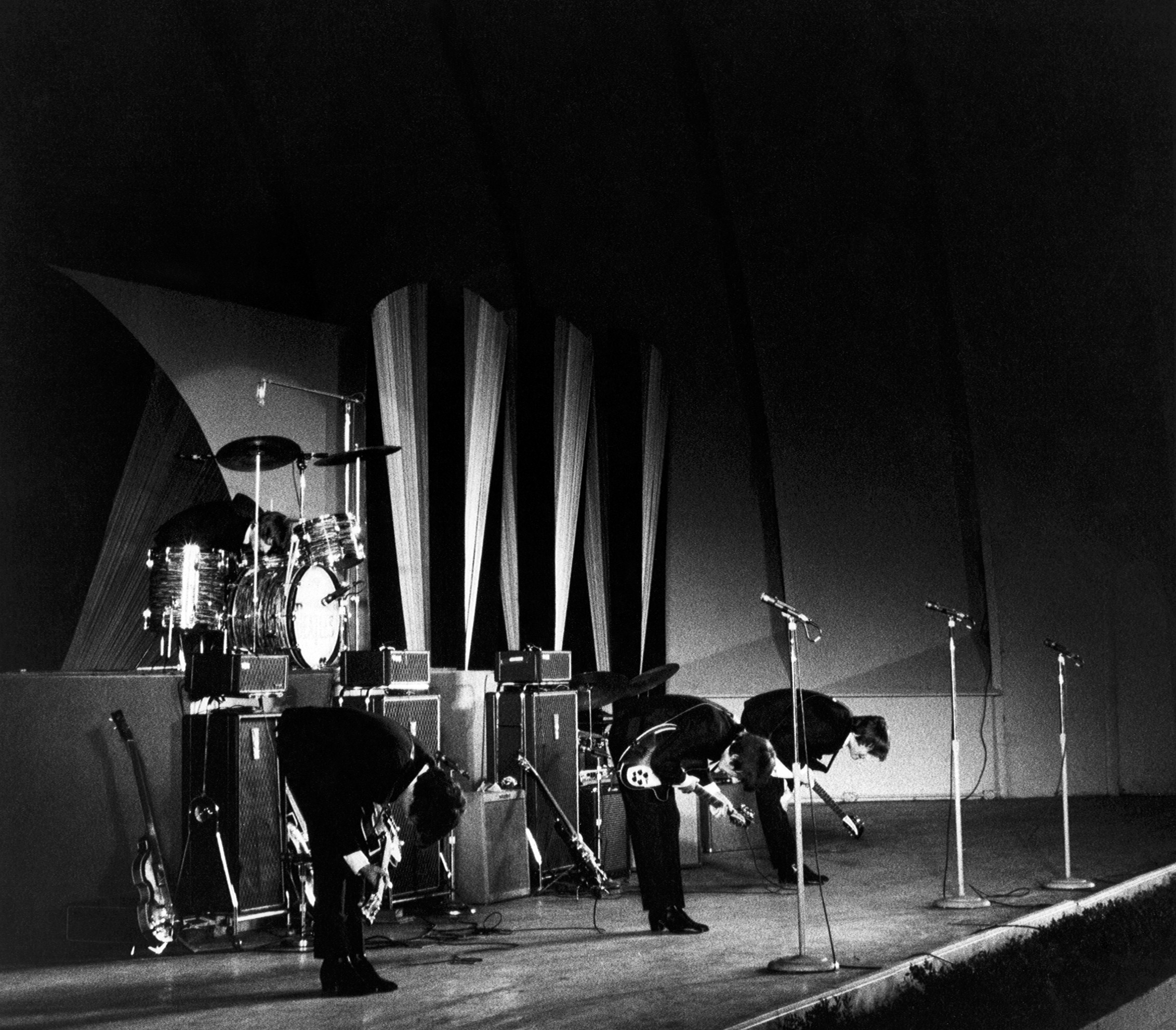 Added to the original running order are four previously unreleased bonus tracks: You Can’t Do That and I Wanna Hold Your Hand (both from 23 August, 1964) and Everybody’s Trying To Be My Baby and Baby’s in Black (both from 30 August, 1965).

This release is being promoted as a companion to the forthcoming Ron Howard film Eight Days A Week: The Touring Years, which explains, but doesn’t excuse, the abomination of a front cover, which is more advert than album cover. Incidentally, that cover photo was taken on August 22, 1964 by The Beatles’ then-U.S. tour manager, Bob Bonis, as John, Paul, George and Ringo boarded a chartered flight from Seattle Tacoma Airport to Vancouver, BC for their first concert in Canada.

The Beatles Live at the Hollywood Bowl will include a 24-page booklet with an essay by music journalist David Fricke, and will be issued on CD on 9 September and as a gatefold vinyl LP on 18 November 2016.

THE BEATLES: LIVE AT THE HOLLYWOOD BOWL CD

THE BEATLES: LIVE AT THE HOLLYWOOD BOWL VINYL

The Beatles: Live At The Hollywood Bowl

94 responses to Remixed & Expanded: The Beatles Live At The Hollywood Bowl due in Sep