Robert Palmer Island catalogue no longer marooned thanks to Edsel 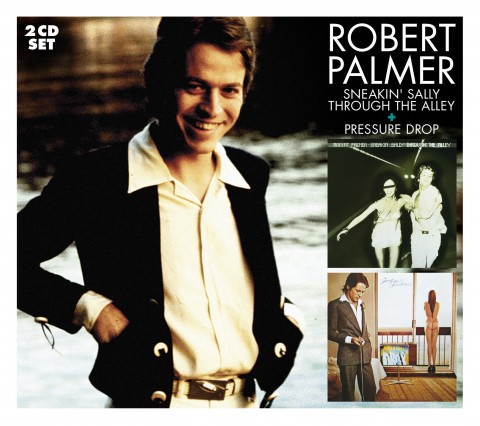 Edsel will issue all Palmer’s Island albums as combo-packs

In September it will be ten years since the untimely death of singer-songwriter and musician Robert Palmer. Whether by design or coincidence, Edsel Records will be reissuing his entire Island Records back catalogue on the eve of the anniversary of his passing.


To most, Palmer is remembered as the sharp suited rock star who hung out with the Duran boys in the eighties and made that video, with the tall sexy ladies pretending to play their instruments. That is true enough, but as it turned out Palmer’s flirtation with the glitz and surface glamour of the eighties was simply another step in a musical journey that started in late sixties and over three decades took in jazz/rock, rhythm and blues, funk fusion, reggae, new wave and Tin-Pan Alley.

It was in 1974 when Palmer signed to Island Records as a solo artist that his career started to take shape. His his debut album Sneakin’ Sally Through The Alley was recorded in New Orleans with local funk outfit The Meters acting as a backing band, and Little Feat’s George Lowell playing guitar on many tracks. Even Steve Winwood plays piano on the extended album closer Through It All There’s You.

Robert Palmer would go on to produce eight more albums for Island including the semi-live offering – and appropriately titled – Maybe It’s Live. He would flirt occasionally with commercial success in the US, with singles like Every Kinda People and Bad Case Of Loving You (Doctor Doctor), but it was in Europe, and particularly in France, where he was most appreciated in the late seventies and early eighties (he had six top ten hits in France between 1978 and 1982 and Johnny and Mary from 1980’s Clues was adopted by Renault for a long-running series of advertisements).

Despite having a US top ten hit with The Power Station in 1985, when Discipline Of Love was chosen as the first 45 from Palmer’s 1986 album Riptide, it stalled at a lowly number 82 and it suffered a similar fate in the UK. Whether it was down to the Terence Donovan directed video which was on heavy rotation on MTV, or just a great rock/pop song delivered to radio at the right time, the next single, Addicted to Love, stormed to number one. I Didn’t Mean To Turn You On from the same album consolidated Palmer’s new standing as a commercial hit maker.

Riptide was to be the last album Robert Palmer made for Island Records having been lured to EMI when he was at his commercial peak.

Edsel Music will reissue all nine of Palmer’s Island albums on 26 August 2013 across only four individual releases. What that means is each release is packaged as two-album sets or ‘two-fers’ as they are sometimes known, with one of them managing to squeeze three albums across its two discs (Secrets / Clues / Maybe It’s Live). It’s not exactly ideal, throwing up some strange anomalies such as CD 2 of this aforementioned triple-set starting with the Clues bonus tracks, before getting into the Maybe It’s Live album proper.

Six of the nine albums come with bonus tracks, with a few previously unreleased offerings. Pride and Riptide are the most generous with fifteen extra audio tracks between them. These are new remasters from the original tapes in Universal’s UK tape archive.

Welcome as these releases are, it’s disappointing to see a second major label palm off Palmer to a third party. EMI happily handed over his four albums recorded for them last year, and now Universal have done the same with his nine Island albums. This is the same company who will in September issue a lavish 18-disc ‘Island Years’ box set for John Martyn that retails for £160, in contrast to the budget combo packs for Robert Palmer.

In fairness to Edsel, they did a reasonable job with the EMI reissues, and the performance of those reissues (which were also released as two album combos) will have informed the strategy around the Island albums.

Robert Palmer’s Island albums are issued by Edsel on 26 August 2013. 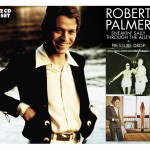 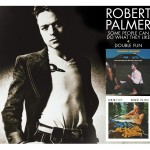 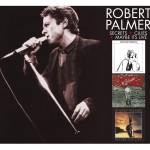 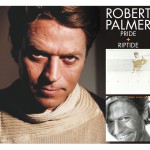 Disc 1: Sneakin’ Sally Through The Alley