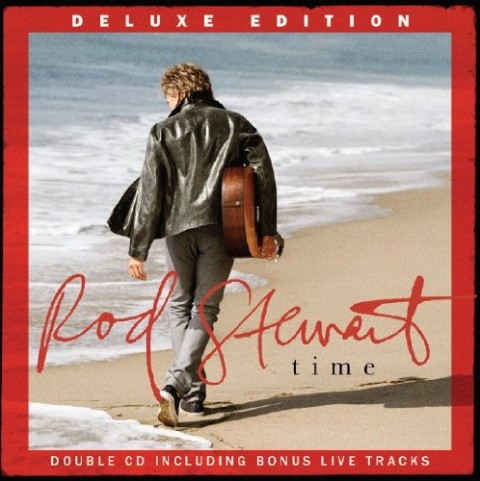 Time, Rod Stewart‘s first ‘proper’ studio album for nearly two decades was issued back in May 2013 and was available as a standard 12-track version and a deluxe edition which came with three bonus songs.

Well, much like David Bowie‘s The Next Day Extra, there is now another deluxe edition, just in time for Christmas…

For this new deluxe edition Time is now a two-disc affair. The first CD is the original deluxe edition, so you do get the three bonus tracks again, while the second disc consists of ten tracks performed “Live From The Troubadour West Hollywood” (taped in May) along with three further bonus cuts (see full track listing below).

Time was very successful, going straight to number on in the UK album charts when it was originally issued. This new deluxe edition is out on 2 December 2013.

Live from The Troubadour West Hollywood