Roger Waters signs his Wall super deluxe as someone else!

Jimmy Smith, make yourself known to a member of staff..

Picture the scene… you’ve spent a small fortune on Roger Waters‘ The Wall super deluxe edition box set. Your wallet may be empty, but hey, at least the man himself has signed it. Er, well, not quite, in the case for one fan…

The super deluxe edition box set (“5 1/2 feet when fully open”, size fans) was announced last October and contains four 180g coloured vinyl records, a book, two CDs and three blu-rays and costs $500 plus taxes and shipping. The official website has all the details but clearly states “each one will by signed by Roger”.

So imagine Waters’ fan Jim Clarke’s surprise when he opened his book within the SDE and saw that “Jimmy Smith” had apparently chosen to sign his copy, with ‘love’. 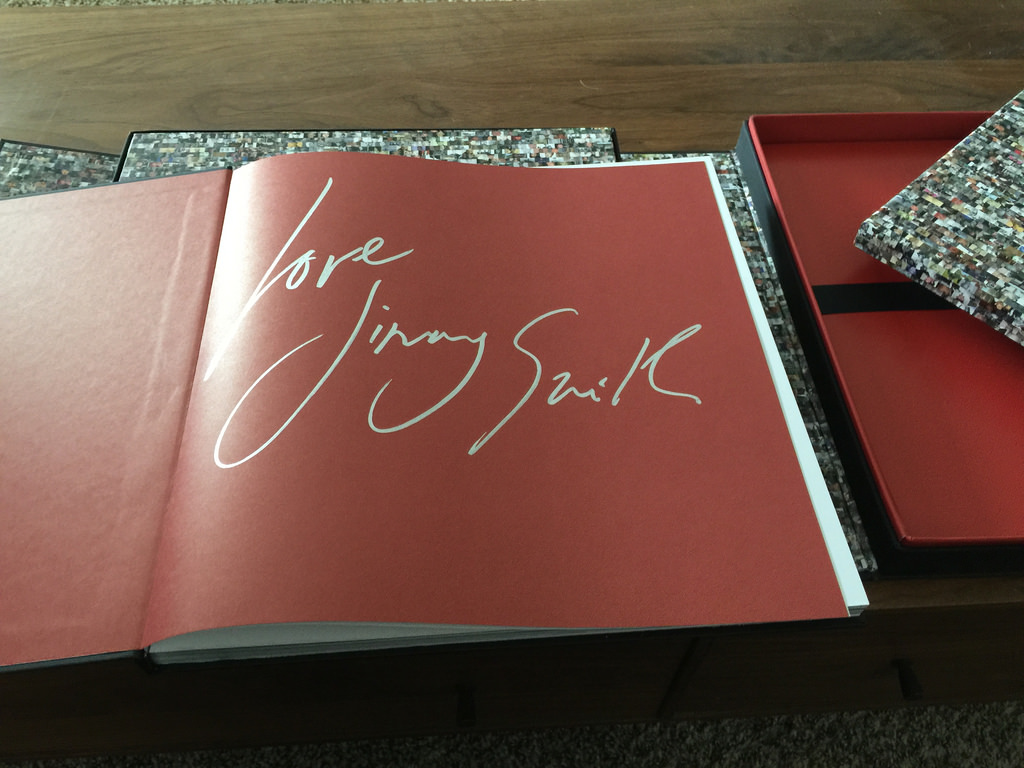 What is going on here? And who is Jimmy Smith fella? Was Roger so bored while signing 3000 of these sets that he thought he’d ‘have a laugh’ (let’s face it, not something he’s known for) and sign someone else’s name? Presumably. Or maybe a lackey called Jimmy Smith was told to sign for Roger, but accidentally wrote his own name – who knows?!

Assuming it’s the former, do any SDE readers, who also practise law, want to tell us whether writing “Love, Jimmy Smith” satisfies the promise of  this being “signed by Roger”. Should Mr Clarke be demanding that Roger writes “Love Roger Waters” on a new book? Has anyone else received one of these super deluxe boxes signed by ‘someone else’?

Leave a comment and let us know your thoughts!

90 responses to Roger Waters signs his Wall super deluxe as someone else!