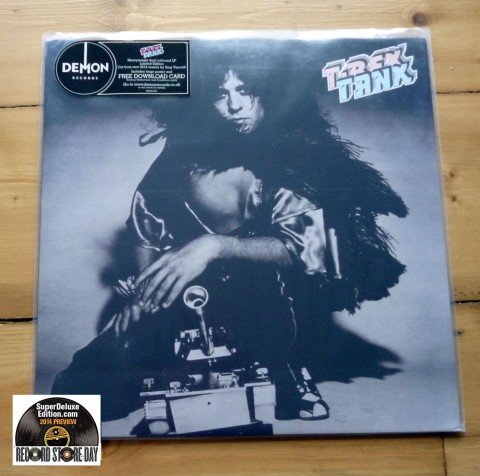 A month on from the release of the T. Rex Tanx and Zinc Alloy deluxe set comes this Record Store Day special vinyl release of the 1973 album Tanx. Cut from a brand new 2014 Tony Visconti master, this exclusive release has been pressed on dual red and blue coloured 180g vinyl.  The package also includes a large poster and download card for digital redemption of the record.

This special Tanx vinyl release is only available from independent record shops on 19 April 2014. The 5-disc Tanx and Zinc Alloy deluxe set is still available and can be ordered from the T. Rex store or using the links below. 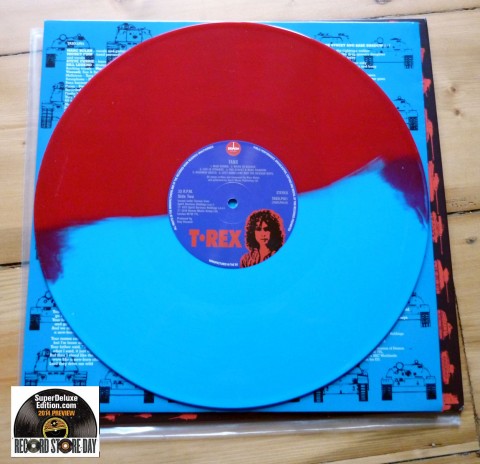 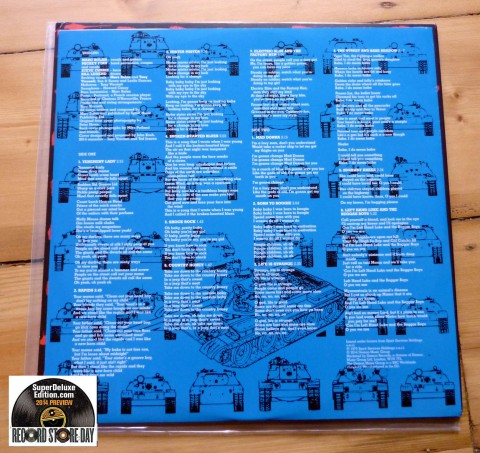 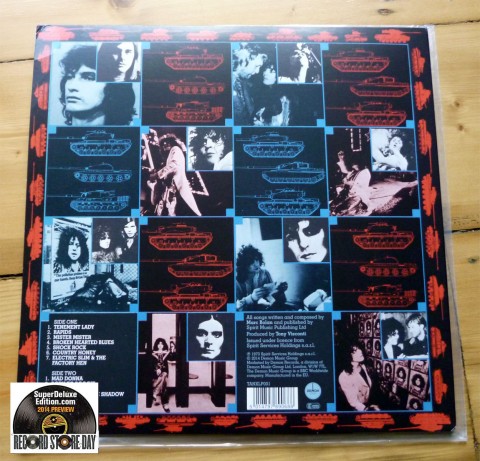