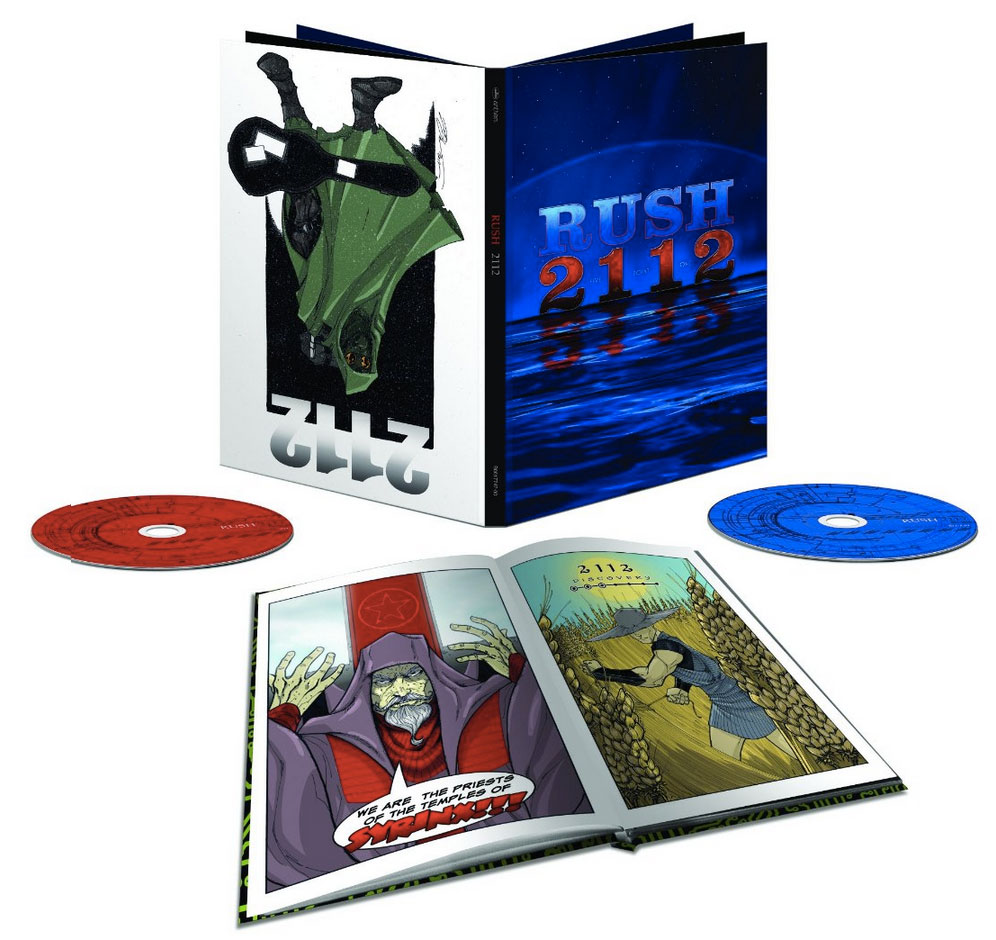 Picture of the Super Deluxe version of 2012 (click to enlarge)

Rush‘s 1976 album 2112 is being reissued next week in a number of configurations, with a CD/DVD issue, a CD/Blu-ray alternative and a Super Deluxe Edition which pairs the CD/Blu-ray with a 40-page comic book representing every song on the album.

The big news is that a 5.1 surround mix has been created by engineer Rich Chycki and this will be available on the DVD (actually a DVD-A with hi-res surround) and the Blu-ray.

On the CD/DVD package:

On the CD/Blu-ray package (including Super Deluxe Edition)