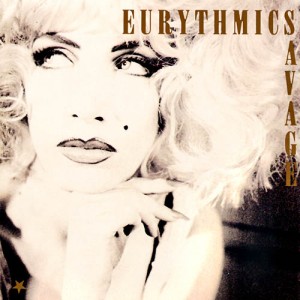 No reissue likely for Savage, any time soon

Ex-Eurythmic Dave Stewart has told SuperDeluxeEdition via twitter that we should forget about a 25th anniversary reissue of the Eurythmics‘ tour de force Savage.

The album was released in November 1987 and was on our ‘wishlist‘ for 2012 reissues last December. As can be seen from the twitter exchange below, Stewart describes the album as “strange and great” but when asked what the barriers are to getting an anniversary reissue released later this year, he responds with  “usual label stuff”.

By this, it is safe to assume that the Eurythmics back catalogue is stuck in a place where the people in control either have no interest in it, or at least can’t see a way to make money out of it – or both. (RCA records, the original label, are currently part of the Sony group).

Although all the albums were re-released and repackaged in modest single CD editions back in 2005, since that time the band’s first seven albums have all had 25th birthdays with no special editions to celebrate the occasion for any of them. We are talking about a mixture of massively influential (and successful) early albums such as Sweet Dreams (Are Made Of This) and Touch, as well as big selling commercial records like Be Yourself Tonight and Revenge.

Savage was not a significant commercial success, particularly in the US, but was well received critically. Dave Stewart and Annie Lennox were proud enough of the work to commission a video for all twelve tracks on the album. This has never been reissued on DVD and is stuck in VHS hell.

Ironically, Dave Stewart’s ex-wife Siobhan Fahey sees a relatively lavish reissue later this year for Hormonally Yours, the 1992 release from Shakespears Sister, the band fronted by herself and Marcella Detroit. That album is being released as a 2CD+DVD deluxe edition, exactly the format that would work for Savage.

Dave Stewart will be taking his ‘Ringmaster Tour’ to the UK in September. Tickets are on-sale here. 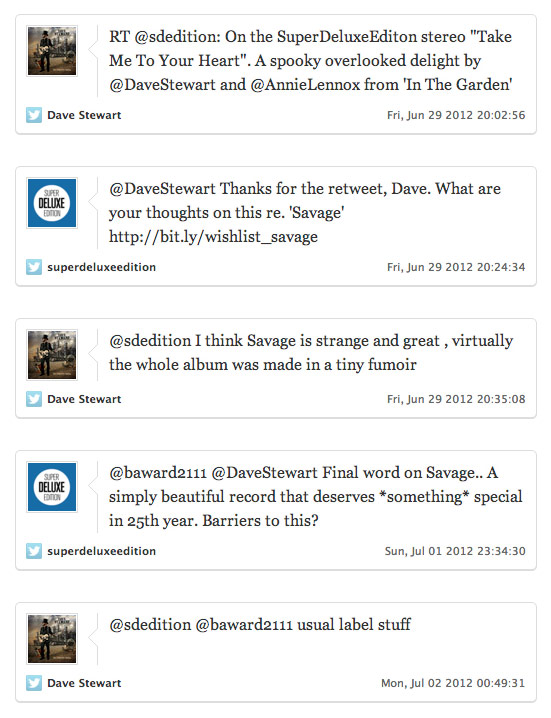