Shapes That Go Together: A-ha return for 30th anniversary concert 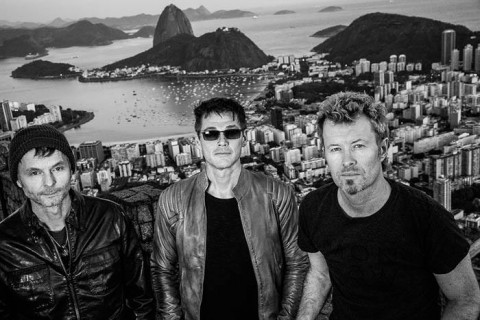 A-ha have tonight announced that they will perform together for the first time in four years for Rock in Rio 2015.

The concert will double as a 30th Anniversary celebration for both band and festival. The first Rock in Rio was in 1985 and a-ha famously played Rock in Rio II in 1991 and performed in front of 198,000 people – a world record (for a paying audience).

“The huge concert at Maracanã Stadium in 1991 is one of the absolute highlights of a-ha’s career.” says Magne Furuholmen, adding, ‘It was just impossible to turn down this request to celebrate the festival’s 30 year history,’ Magne explains, ‘especially as it coincides with the 30 year anniversary of the band itself.”

Earlier today it was confirmed that 2015 would see an extensive reissue programme from Warner Music and fans new ‘bigger news’ was coming tonight. The smart money was always on either an anniversary tour or a gig.

The band told the world they were calling it a day in late 2009 and subsequently spent most of 2010 saying goodbye to their fans on the Ending On A High Note Tour. A live album was later released to commemorate the final concerts.

23 responses to Shapes That Go Together: A-ha return for 30th anniversary concert