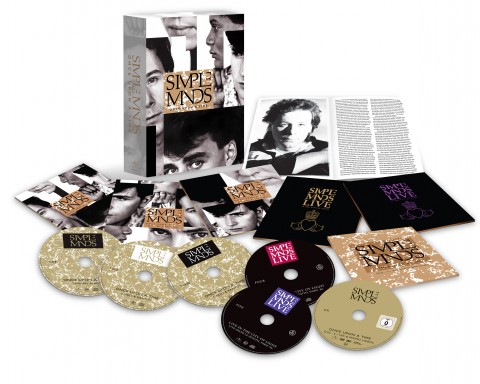 Universal Music will follow-up this year’s Sparkle in the Rain box set with a new Simple Minds super deluxe edition, this time a six-disc exploration of the album that came next, 1985’s Once Upon A Time.

The Jimmy Iovine and Bob Clearmountain produced long-player was a major commercial success. It spawned four top twenty singles in Britain and reached the top ten in America and hit the top spot in the UK.

This new super deluxe edition – released 30 years after the original – is a 5CD+DVD set and has two bonus CDs packed with B-sides, remixes and edits including three previously unreleased remixes of Alive and Kicking and an unheard alternative edit of Sanctify Yourself. Although US number one Don’t You (Forget About Me) wasn’t featured on the original record, the seven-inch and twelve inch versions are present and correct on disc two of this set.

The Live in the City of Light double live album also forms part of this new set, filling discs four and five. Originally released in 1987, this was mostly recorded in Paris in 1986 on the Once Upon A Time tour.

Disc six is a DVD-A/V that features a hi-res 96/24 5.1 surround sound mix of the album that has previously been released on standalone DVD-A in 2005. The DVD also includes promo videos for all the singles and Don’t You (Forget About Me).

All the music on the CDs has been newly remastered and this set comes with a 36-page booklet that includes rare photos, new interviews with Jim Kerr and Charlie Burchill and a track-by-track guide. A 2CD deluxe is also available as well as a vinyl LP edition.

The Once Upon A Time super deluxe edition box set is released on 4 December 2015. 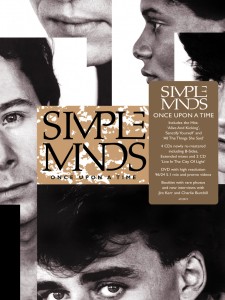 Once Upon A Time super deluxe box set 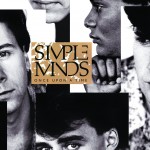 Once Upon A Time 2CD Deluxe

Once Upon A Time Vinyl LP

Once Upon A Time Super Deluxe Edition:

DISC FOUR – Live In The City Of Light

DISC FIVE – Live In The City Of Light

Once Upon A Time super deluxe box set

Once Upon A Time 2CD Deluxe

Once Upon A Time Vinyl LP