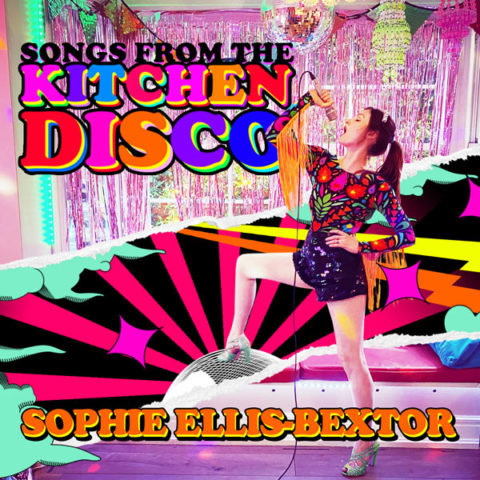 Sophie Ellis-Bextor will issue a new greatest hits called Songs From The Kitchen Disco in October. Signed vinyl, CD and other exclusives are available.
During the height of lockdown, one of the most genuinely entertaining popstar-at-home moments was Sophie’s Friday night ‘Kitchen Discos’. These were hilarious, often chaotic, singalongs with kids and family joining in the fun.

There is no track listing yet for this new release, but to quote the label it “will feature all of Sophie’s biggest and best-known disco hits in one place for the first time ever!” I do know that this will include a new recording of Spiller’s ‘Groovejet (If This Ain’t Love)’, which of course features Ellis-Bextor, but the other hits will all be original recordings. There will also be a new single on this album.

Song From The Kitchen Disco will be more widely available later, but for now you can order from the official online store which has signed exclusives, pink vinyl exclusive and more. You also get pre-sale access to Sophie Ellis-Bextor’s upcoming UK tour.

Song From The Kitchen Disco will be released on 23 October 2020.

Browse the official store for bundles, cassettes or see highlights below:

46 responses to Sophie Ellis-Bextor / Songs From The Kitchen Disco